A custom ESP8266 board, which takes its power from a standard PC ATX power supply and can drive a string of WS2812/Neopixel RGB LEDs.

Initially designed to let us individually drive the Geometric Light “baubles”, it will also work on other similar LED strips. You can use it for something as simple as christmas lights, controlled in a browser or smartphone app using its own WiFi network, and for something as complicated (or more complicated!) than our experiment connecting a large illuminated sign to Twitter. 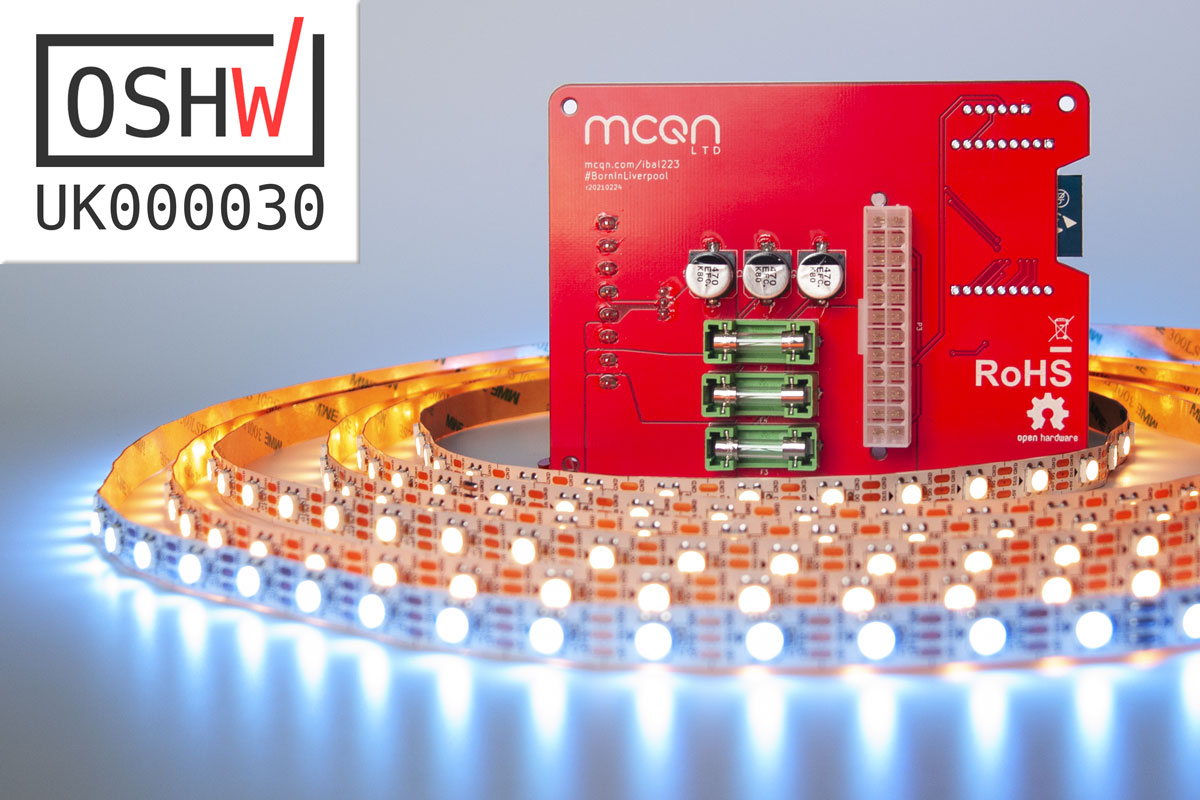 Here’s a little video of it in action:

We have found it’s a great board for people who don’t mind dabbling in a bit of software, but don’t want to spend time on the hardware. Or who might want to set something up quickly, while keeping your options for home automation and LED artwork open. But you can buy one for any reason!

The boards are for sale now on our Tindie store!

If you want to see how easy it is to get up and running, I filmed a short video showing the process from zero to flashy lights in under three minutes. It runs through the setup process and how to control it from your phone (it works just as well from a computer too!):

The My Baby’s Got LED board handles the control side of things, and makes it easy to plug together a system. For your very own controllable light setup you’ll need:

The document we send out with Tindie orders can be found on the github here.

After that, explore the tutorials and resources on the WLED software wiki