The waiting is over! 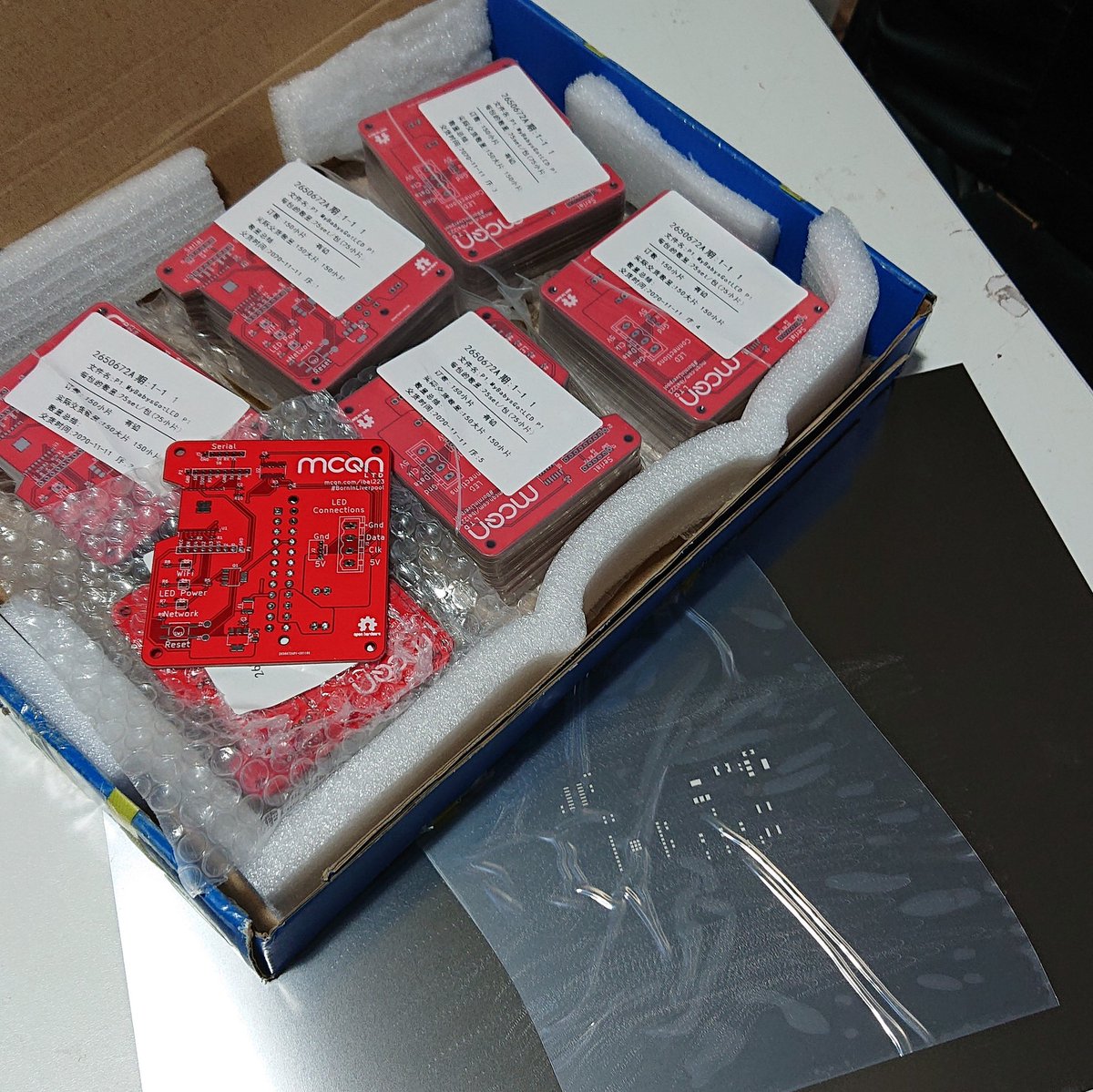 A day earlier than predicted, on Monday, the parcel of PCBs landed on my desk from China. The big question was whether I'd have 150 PCBs ready for soldering up, or if I'd made some mistake in the design and I'd have to pivot to selling weird-looking MCQN-branded coasters.

I broke out my surface-mount soldering kit, carefully placed all the components and ran three test boards through the reflow oven. Then moved over to the soldering workbench to do all the through-hole components. I tend to do a few boards for the first test, as there's always a chance there'll be a problem in the soldering steps and so a single failed board doesn't guarantee a bug in the board itself.

Starting the testing slowly, plugging in the serial programmer resulted in the reassuring dimly-lit status LEDs I'm used to from programming Ackers Bell and Bubblino boards. Uploading the code ran through without a hitch and brought the status LEDs to life in the correct manner. Then I could move onto the connecting up a strip of Neopixels and powering it all from an ATX power supply... 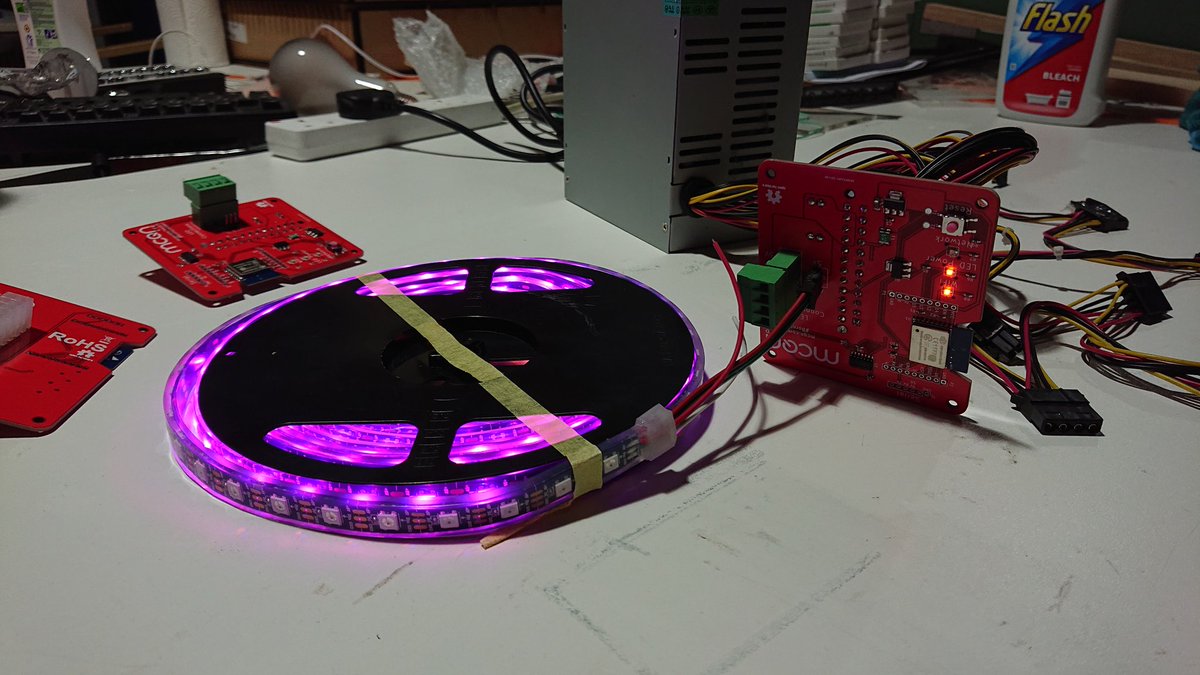 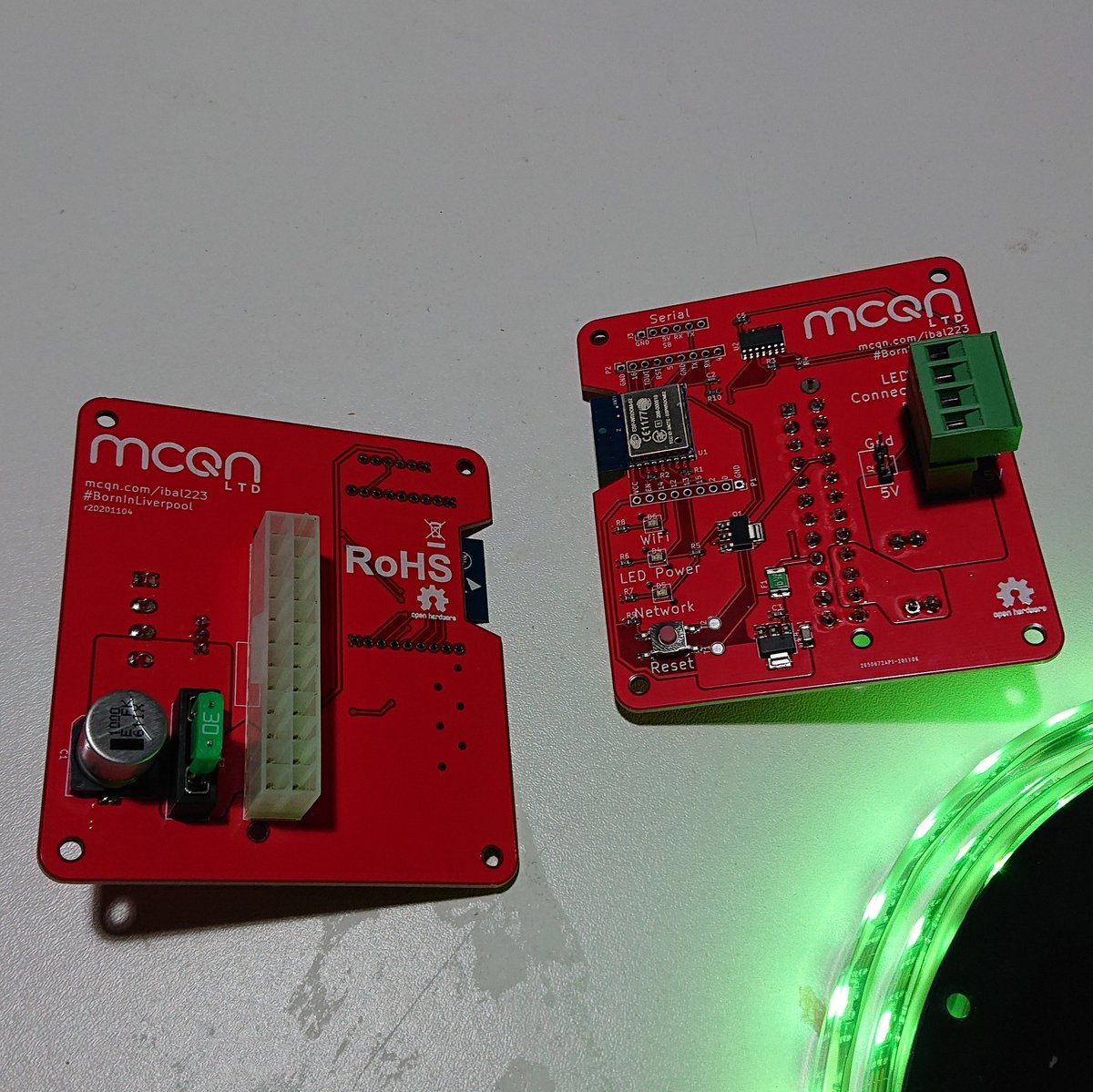 Always a good point to hit. I then moved to soldering up a larger batch and getting the intiial customer orders ready to ship out. They weren't quite ready in time to make the post, so will go out on Monday.