Our friend Emma Bearman has long been on a mission to bring more fun and play into the world. Back in 2014 we ran some robot-building workshops as part of her “March of the Robots”. So when she sent us an invitation to play recently it got us thinking.

For the entire week of 10th-17th April 2021 Emma and her co-conspirators are running the Love to Play Festival, encouraging us all to get more playful, both on- and off-line.

Mashing up the digital and real world is somewhat of our specialty. Arthur and I had a look at what was to hand and how we could join in. What if we hooked up the multi-coloured Liverbird here in DoES Liverpool up to Twitter so that anyone could control it and then live-streamed the result?! Perfect!

How Do I Play?

The Liverbird used to hang on the outside of the Liverpool Daily Post offices, but was taken down when the paper closed. Adrian worked with one of their journalists Alistair Houghton to give it an RGB LED makeover, and recently—given that we’ve started selling them—we upgraded its brain to use one of our My Baby’s Got LED contoller boards.

With a bit of coding we connected that up to Twitter, so any tweets containing #DoESTheLiverbirdPlay followed by a colour, and/or an effects pattern, will light up the bird with colourful patterns.

If you’re visiting the DoES Liverpool makerspace you can see it in person, but given that travel is somewhat restricted at the moment we’re also streaming it live to YouTube:

It recognises all sort of colours plus hex codes like #ff0099, and if you can’t decide the maybe go for a rainbow! As well as colours you can also set the pattern—there’s a full list of them here. We like “sinelon dual”, “chunchun” or “fireworks”. Some of the effects have set colours but even so “pacifica”, “flow” and “rainbow” always raise a smile with us!

What’s Behind the Scenes?

The Liverbird is backed with a grid of interlocking foamcore strips, each containing an RGB LED. That feeds into the My Baby’s Got LED board, which connects to the WiFi and lets the lights be controlled with the colours and patterns. 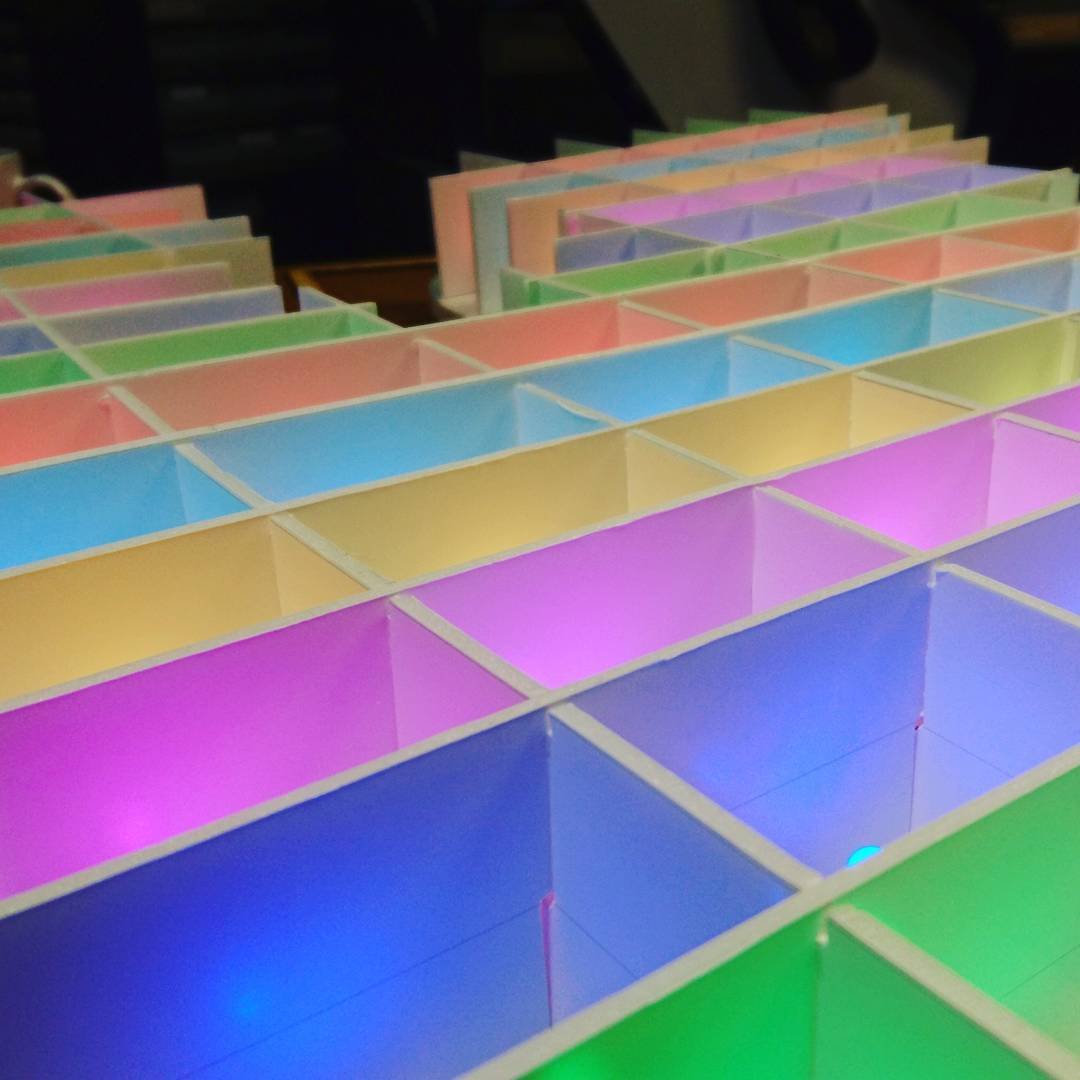 We added a Raspberry Pi running the NodeRED graphical programming software. That runs a flow to search Twitter, do a bit of processing of the incoming tweets, and then fire off commands over the WiFi to the WLED software that runs on the My Baby’s Got LED board.

Adrian streamed a live-coding session where he walked through controlling WLED from NodeRED and connecting it to Twitter and we’ve shared the finished flow for you to use or remix. Let us know what you make with it!