Adrian here, as you'd probably guessed from this being fortnight-notes rather than week-notes.

It's been a fortnight full of client work, on a variety of projects.

I've been bringing up a new hardware board. Working out how to get software loaded onto it and getting it to parity with the version we've been developing on a dev-board while waiting for the hardware design to be ready. 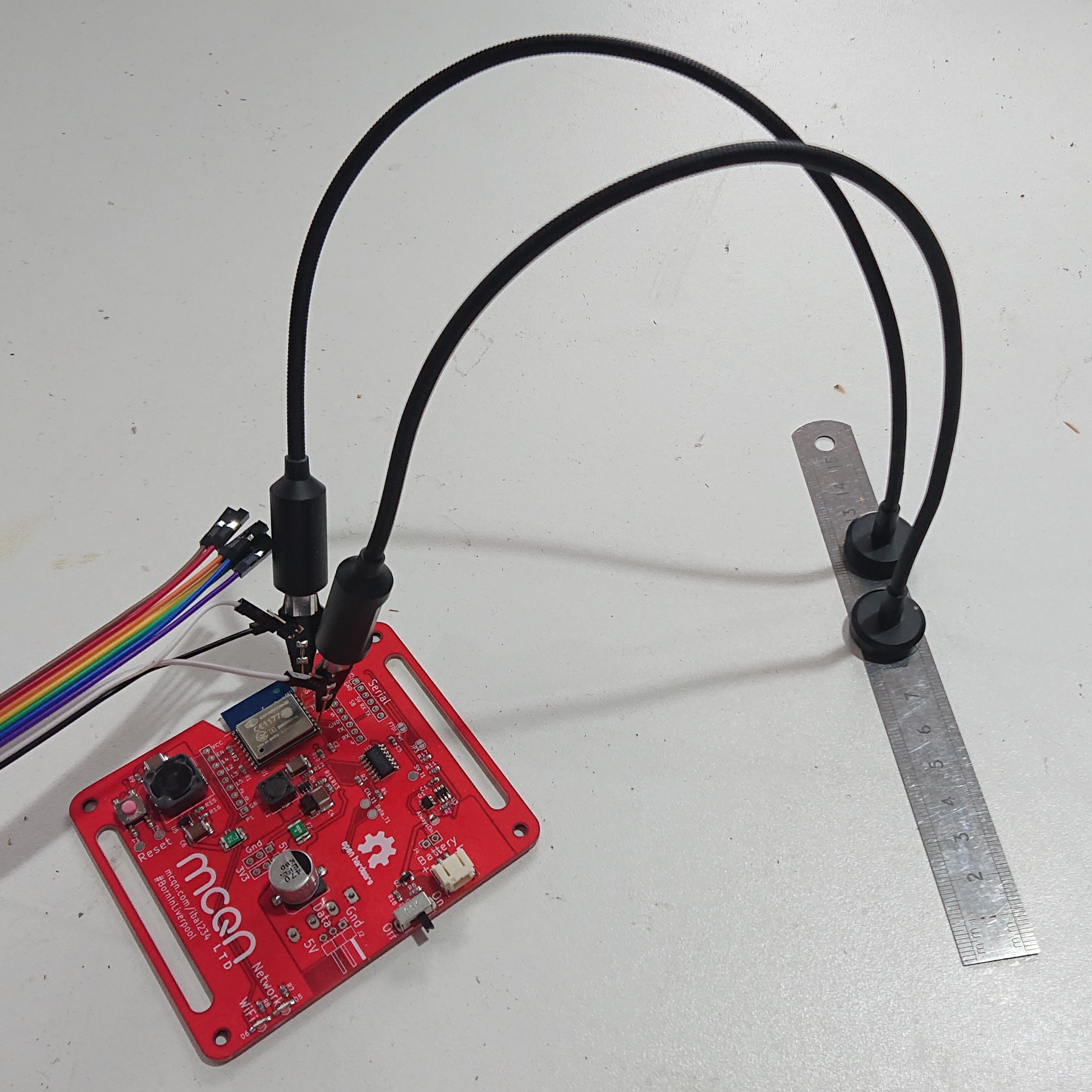 As part of that I got to try out the new hands-free probes I bought a while back from Sensepeek. They made it much easier to test things out (these photos I staged afterwards with a My Bike's Got LED board as I can't show the actual hardware) 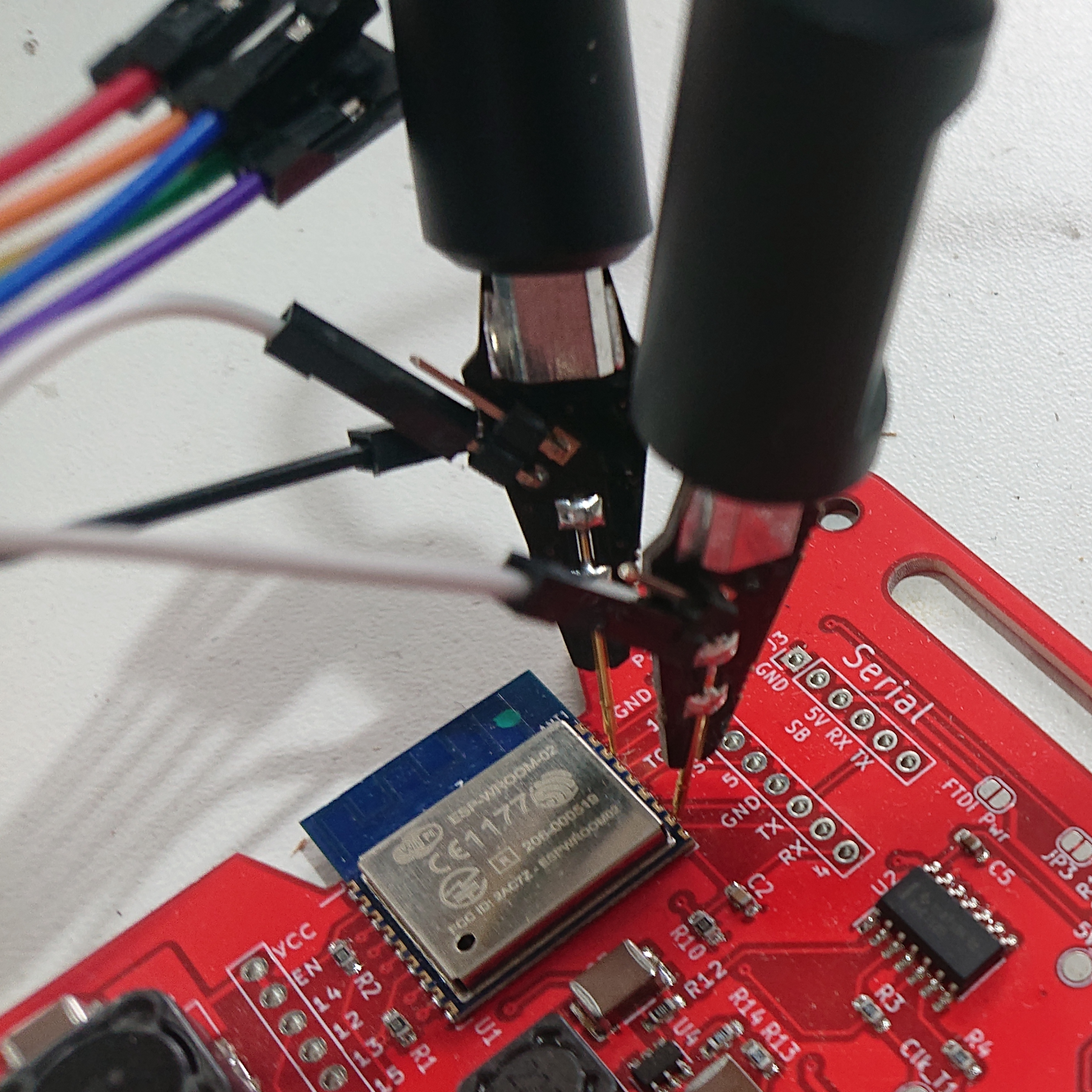 The real hardware is using an ESP32-SOLO-1 module, which only has a single-core unlike the more common (including our development hardware) two-core ESP32. Despite not needing a second core, running on single-core ESP32 modules is a path far less travelled and so getting it all building and running was more of a slog than we'd anticipated. We're through to the other side of that now, thankfully, and can crack on with developing further features.

Chris wrapped up the work on the charging station for Peloton Liverpool Cooperative. That will let them recharge the batteries for the My Bike's Got LED boards in their Disco Breastplates. 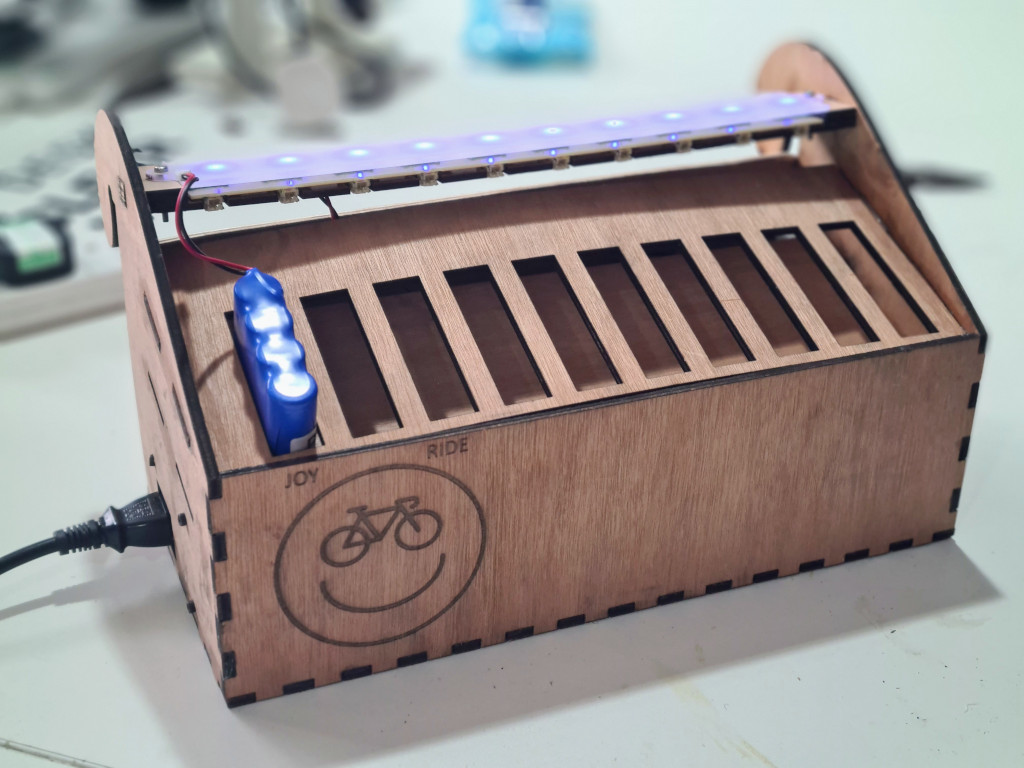 We dropped it off at their workshop, and it slotted neatly onto their repurposed-shopping-trolley mobile charging point as intended.

With that done, he's moved onto a new client project, learning how to mint a new ibal number in the process. Hopefully we'll be able to talk more about it as we get further along with it.

Among the client work we did find time for an update to My Baby's Got LED.

The WLED software that powers the board has an active community and there are regular new releases withh bug fixes and new features. The stock WLED software will work on our boards, but we have a couple of additional features (usermods in the WLED parlance) to provide better feedback. We hadn't updated our version for a little while and there was a new release — v0.13.1 — available, so we pulled the new code into our version and made a new release to use on the boards we're shipping out.

The new release has also fixed an issue with the older version where the OTA updater ("over the air", where you upgrade the software over the WiFi) wasn't working; so now you'll be able to upgrade your My Baby's Got LED software without needing a serial cable. And if you've got an older board that you'd like upgrading, but don't have a serial cable, drop us a line and we can help out.