Chris has conveniently avoided his turn to write the weeknotes by getting COVID. Get well soon!

Before getting struck down, he was working on the case design for the Ackers Bell. The prior prototypes have been laser-cut — because that was the most appropriate process that was readily to hand — but production was always better suited to CNC-routing. Chris has been migrating the design into FreeCAD and generating the toolpaths to let us switch processes. Next step will be firing up the machine and making some sawdust.

On Museum in a Box I've been starting to think about new hardware. The RFID reader we're currently using has been discontinued; we've got enough stock in for now, but need to look at a replacement for the future. So I've started kicking the tyres on potential replacements. Happy to hear any recommendations for cheap, reliable 13.56MHz RFID/NFC readers...

DoES Liverpool, the co-working/makerspace where we're based, has recently started a new programme to help folk who can't afford to access the space to get started. The Boost Membership is a rolling programme to give two people a free six-month membership of the space: one a desk in the co-working side; and one access to the workshop. Like everything else in the space, it's an example of mutual aid where the costs are spread across those who can afford to pay, to help everyone.

They've just announced the successful applicants for the next round of memberships. Given the abundance of MQTT-connected devices round the space I pulled together a small Node RED flow to help celebrate. 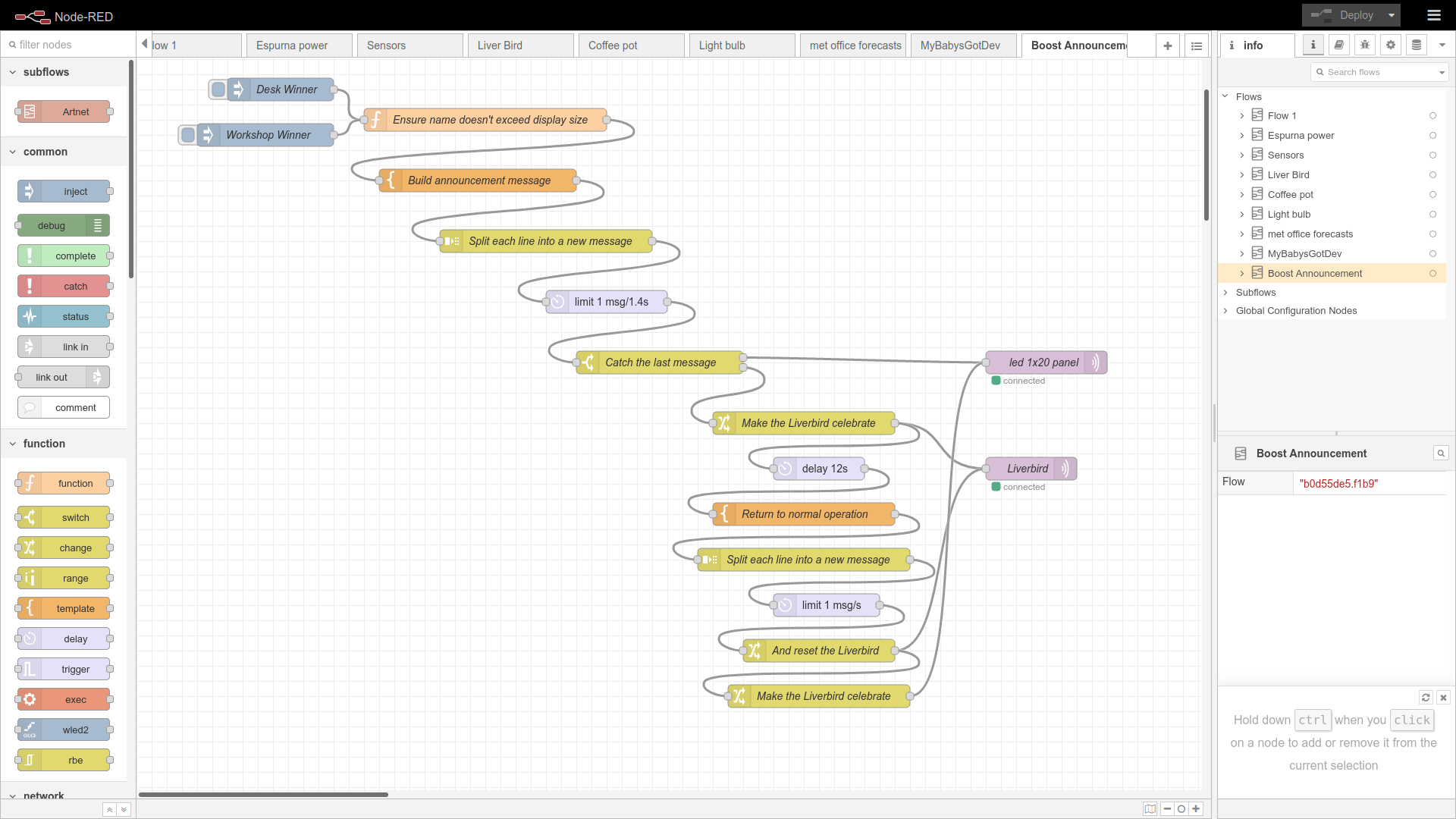 That let us film two short videos like this one, to use in the announcements of the winners on social media.

And in other announcement news, following on from last week's interviews, we've agreed to hire someone for the sales/marketing/storytelling role! I'm really excited to have them join; although it won't be until next month that they actually start. More on that when they arrive.