After unfolding the idea for a crowdfunders' totaliser at the end of week 804, I spent the majority of the week developing it into a prototype that we could show off and see if anyone thought it was useful.

I estimated we could throw something simple together in about two days, and added another one as a buffer. So naturally, at the end of day three I was about halfway done.

We have been documenting things as we go on "github" (and twitter), in the spirit of open sourcing the process as well as the end product. Feel free to chip in as we go - even criticism is enagagement!

The initially formal design process turned into a chaotic prototyping day with Adrian on Wednesday, before converging on a simple design on Friday, coming full circle back to a design very similar to the first blue peter totaliser that popped up in the image search. 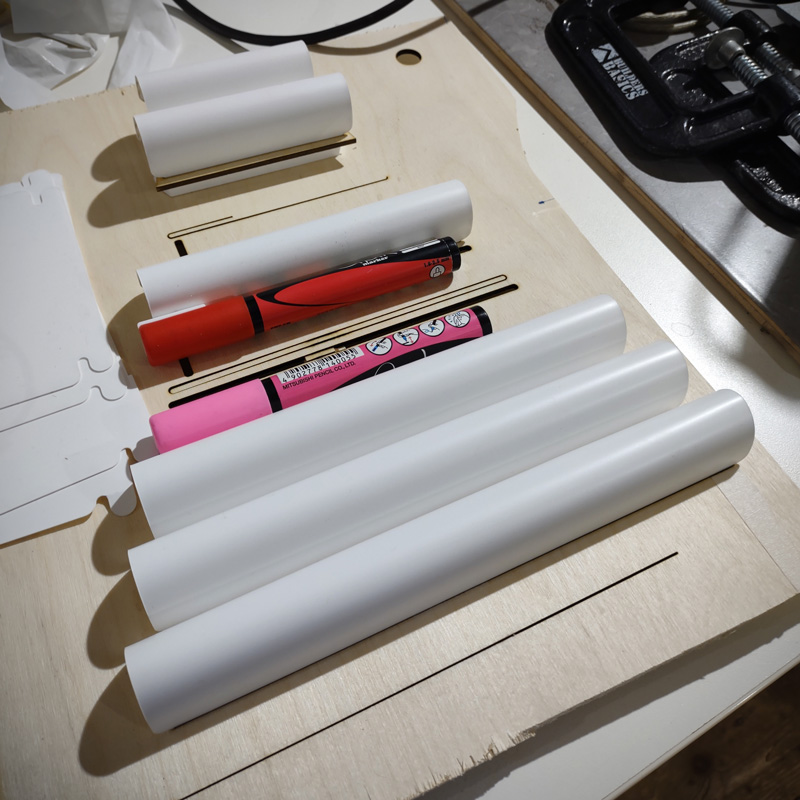 To earn my keep as Marketing Person, I found a pocket of time to speak to more customers about the My Baby's Got LED boards. These are reliably interesting and inspiring conversations and help clarify what this board is good at - getting people up and running with their (sometimes internet-connected) LED project really quickly - as well as pointing me towards really interesting projects like this MQTT swear jar

Adrian reports that his week started with some more work on the teleprinter project, with help from Paul and Jen. Then a bit of editing to sort out and release the next installment in the restoration video diary:

Then another session of the mapping workshop with Taking Root, pulling in data from the paper maps generated with Field Papers to digitize on OpenStreetMap.

And finally wrapping up the week with a day on Museum in a Box, sorting out laser-cut box inserts for the next batch of orders, and making a start on the next software release.