It's Chris at the reins this week, so it's going to be quite a lot of sawdust again.

The headline is I now have a full prototype of the Ackers bell ready for larger scale manufacture. 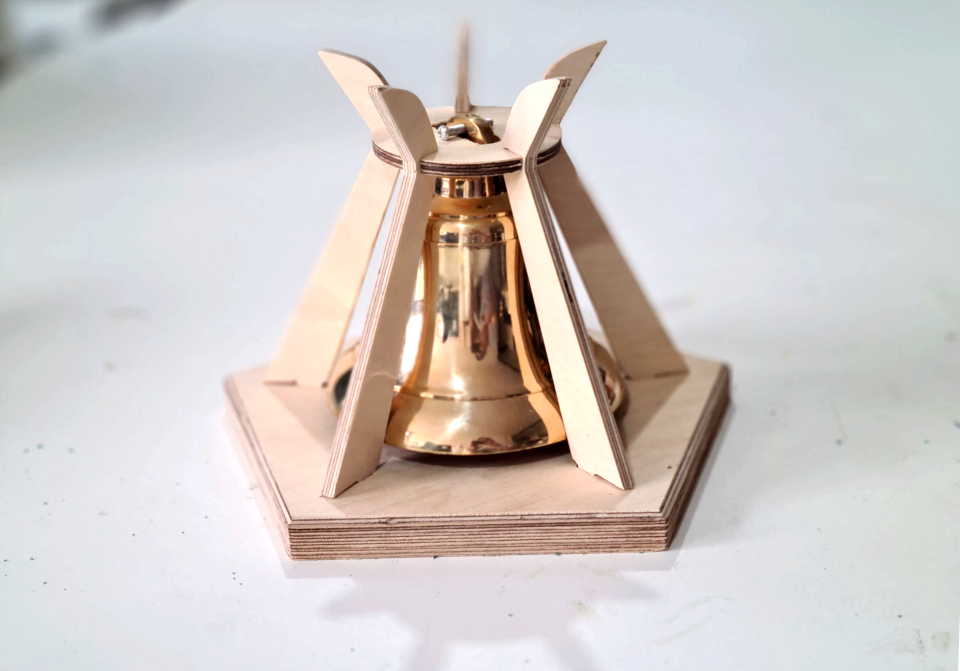 The next steps are to gather consensus on a suitable finish to complement the brass bell, and find local manufacturers who can scale up production.

I also wrote a brief guide to transfering 2d vector files from Inkscape to our CNC mill via Freecad for the DoES wiki.

With the imminent release of Freecad v0.20 this may be due for some editing very shortly, but it's a start for people new to this workflow.

Sophie Huckfield's Break the Frame has been collected and is in the process of being installed.

Adrian wrote a method to generate gcode in Inkscape for Break the Frame. As an alternative I've also written a method using Kiri Moto

Nicki has been video editing, working out some of the final details for the soon to be available My Baby's got LED kits and scheduling posts.

She's also been investigating the availability of APIs in donation systems to communicate to connected devices for some potential future work.

Of the things he can talk about, Adrian donned his very-under-used data scientist hat for some analysis work on air quality data. That involved breaking out his even-more-under-used R coding skills for some preparatory processing.

That let him port some existing R code written by one of the actual data scientists into Javascript, so it could be added to an online dashboard.