Taking my own advice, some of the what's been happening since the last update. Not quite weeknotes, but let's run with the title and see where it goes.

Museum in a Box

In the last update the Museum in a Box crowdfunding campaign was in full swing.

I'm happy to report that we hit our target! So now we're starting to place orders for parts, and I'm doing a bit of investigation into alternative RFID/NFC readers; we're wondering if we can reduce the BOM costs (as is always the case with hardware projects) and the tag reader is one of the bigger items.

We've also been listed by MagPi magazine as one of their 75 greatest projects, which was a nice surprise. Feel free to go vote for us on their site :-)

The biggest chunk of my time has been spent beavering away on the software for Good Night Lamp.

Having proven that the LTE Cat-M1 boards from Arduino will work okay over in the US, I've been focused more on what we're sending over the network. That has meant wrapping my head around how the Signal Protocol works, which is some pretty hardcore security and cryptography work.

It's pretty dense stuff but I'm steadily working through it and building enough of a server back-end to work with the Arduino library that I'm writing. There isn't much to share yet, but it has resulted in one contribution back to the open source ecosystem—an extension to the Arduino MQTT client to allow sending arbitrarily large messages.

Alongside the occasional firing up of the 3D printer to help out on the design side... 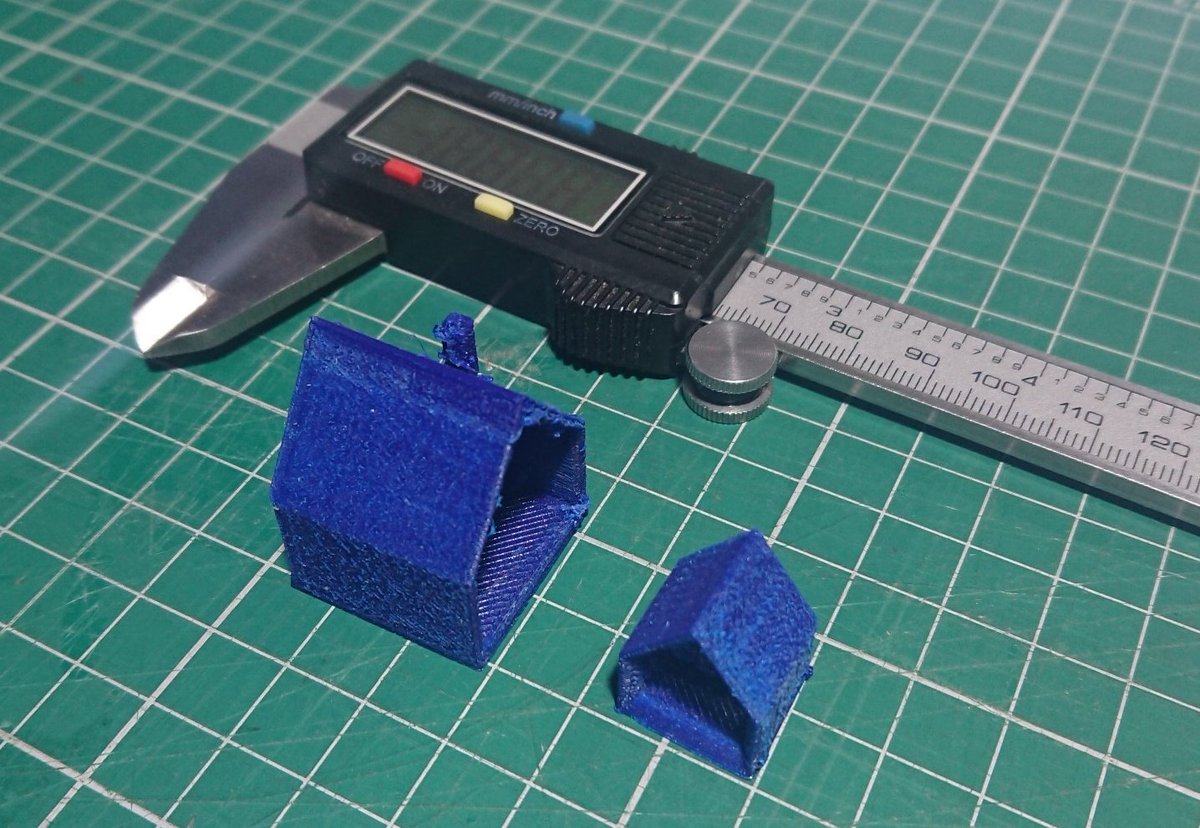 I was also reminded that projects can often live on and continue to influence and affect things long after my initial involvement.

I only had a small part in it, but it was exciting to find that the Citizen Sense project was mentioned in the House of Commons. It'd be better if it didn't need to be mentioned, because Government was doing more to counter air pollution, mind...

Research from @GoldsmithsUoL found that air pollution in South East London is up to *six times* higher than @WHO limit. I called for a debate on this urgent public health matter. pic.twitter.com/k75L6ekL9f

On a cheerier note, one of my co-workers at DoES Liverpool pointed me at Google Scholar. It's something I'd heard of, but not paid any real attention to. However, it turns out that from that I can see that about 181 academic papers have cited Designing the Internet of Things (the book that I wrote with Hakim Cassimally).

That's the English version. Seems the Italian translation has been cited three times. I haven't checked the Spanish, Korean or Chinese translations, although in the ensuring discussion in the office I also noticed that the Chinese translation is providing the bulk of the royalties these days.

Miscellany and Coming Up

I'm in London at the end of this week, for a bit of Museum in a Box planning and for the Festival of Maintenance on Saturday. Looking forward to that.

There are a couple of other bits of work starting up: one some embedded software development; and the other some Internet of Things consultancy. Not much I can talk about here, but will keep me busy for the rest of this month.

At the end of the month Laura Pullig is running a workshop for people to build wearable sensors and explore the data they generate. It's called What Does Health Look Like?, and I'm helping out a bit with that. So far that's meant getting to grips with p5js, which is a nice Javascript version of Processing, that runs in the browser.

And finally, there have been bits and pieces of admin and help for Alexandra on the Making It!? conference. It's shaping up really nicely and should be a great event. Go buy your ticket for it today!