Adrian here. Lots to update you on from the past three weeks.

First off some sad news. Nikki left us for pastures new at the start of November. It's a shame to see her go, but we wish her all the best in her new job! That leaves just Chris and me for now. We will, I'm sure, look to recruit a replacement, but I'm also taking this opportunity to zoom out a little and think through what we need now before kicking off the search.

The client work has continued ticking along. Not much we can report on it, as ever, but we have been getting to grips with USB host support on the ESP32S2 microcontrollers—it's cool to be able to read data off a USB stick from a micro!

My Bike's Got LED

Chris has been busy working on the My Bike's Got LED boards.

We'd switched the type of solder paste for the latest batch of soldering, and ended up with a reflow profile (how the oven heats up to melt the solder to connect all the components) that wasn't properly dialled in; so some of the boards weren't working properly and needed some rework by hand. 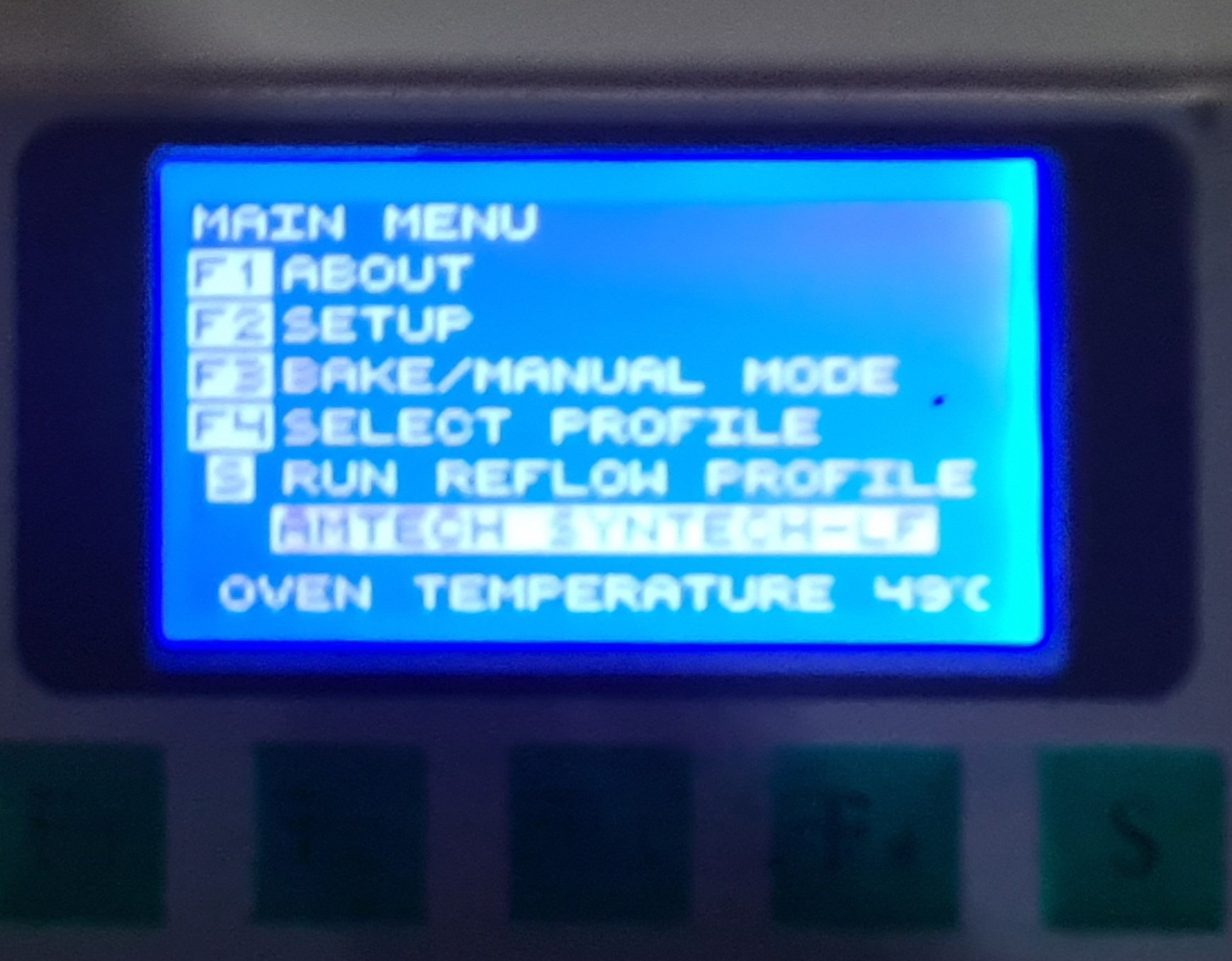 We've been steadily working through them, and only have a couple left now. Chris has updated the frimware on the reflow oven to the Unified Engineering open-source firmware, which will allow us better control over the profile in future.

And he's been getting on with the design work for the next version of the boards. We've already mentioned the redesign of the 5V boost circuit and he's added a charging circuit so you can just plug in a USB cable to recharge the battery. The design for that is based on the one we made for Laura Pullig.

We've been getting good feedback from the new batch of illuminated cyclists, after kitting them out for the parade, and getting new enquiries from folk wanting to buy a kit themselves. It's going to b great when the V2 boards land!

There's been a lot of activity (and talk) over the past couple of weeks on Twitter with lots of folk deciding to move on from there, mostly over to Mastodon and the Fediverse. Mastodon is the most Twitter-like, but the Fediverse includes other options: Pixelfed is more like Instagram; PeerTube is for video sharing; and there are others. The great thing about them all is that they talk to each other! It's like being able to follow someone's Instagram account from your Twitter account and just having their posts show up in your feed.

I've been on Mastodon since 2017, and it's something we've occasionally talked about here since.

Last year we gave some thought to how MCQN Ltd should approach it. We decided that the best approach would be for us to host our own instance (the term for a Mastodon server), which would be on our own domain; just like we do for email. Then folk would know that it's the official MCQN Ltd account, because it had an mcqn.com address; and, just as importantly, any folk who didn't want to engage with commercial accounts could decide not to federate with the entire instance. I expect we're not at a level where anyone would care one way or the other, but it's us playing our part in helping to set the culture of the Fediverse to help nudge larger brands to do the right thing.

The recent uptick in activity gave us the final push to put the plan into action and so there's now a MCQN Ltd Mastodon server at social.mcqn.com!

There is only one account so far: @MCQN_Ltd@social.mcqn.com. As is the convention on the Fediverse, we posted an #introduction to let folk know what we're about and interested in.

Hello 👋 An #introduction. We are #MCQN_Ltd, an #IndieMfg company in #Liverpool. We make (and sell) gentle, Internet-connected objects, and help others build their #embedded and #IoT projects. So expect anything from Internet-connected bubble machines to sensors on wave-energy #prototypes. We're strong believers in #OpenSource; both #firmware and #electronics/#PCB. #OpenHardware #OSHW. And we work with many #microcontrollers including #ESP32 #ESP8266 #Arduino and #RaspberryPi.

If you're on the Fediverse then give us a follow. And if you're Fedicurious, this guide will help you get started.