I had a few days down in London at the Museum in a Box office as we chased out that last few issues and got the boxes to where we can send them out to the pilots! Yay!

It's great to have hit this milestone, and be ramping up the size of each batch (slowly off-loading more and more of the manufacturing at each step). George has written a longer piece about it (with lots of behind-the-scenes photos) on the MiaB blog.

Personally, it's nice that there's a little cluster of pilots up here around Liverpool. I brought their boxes back up North with me, and am getting out-and-about to hand-deliver them... 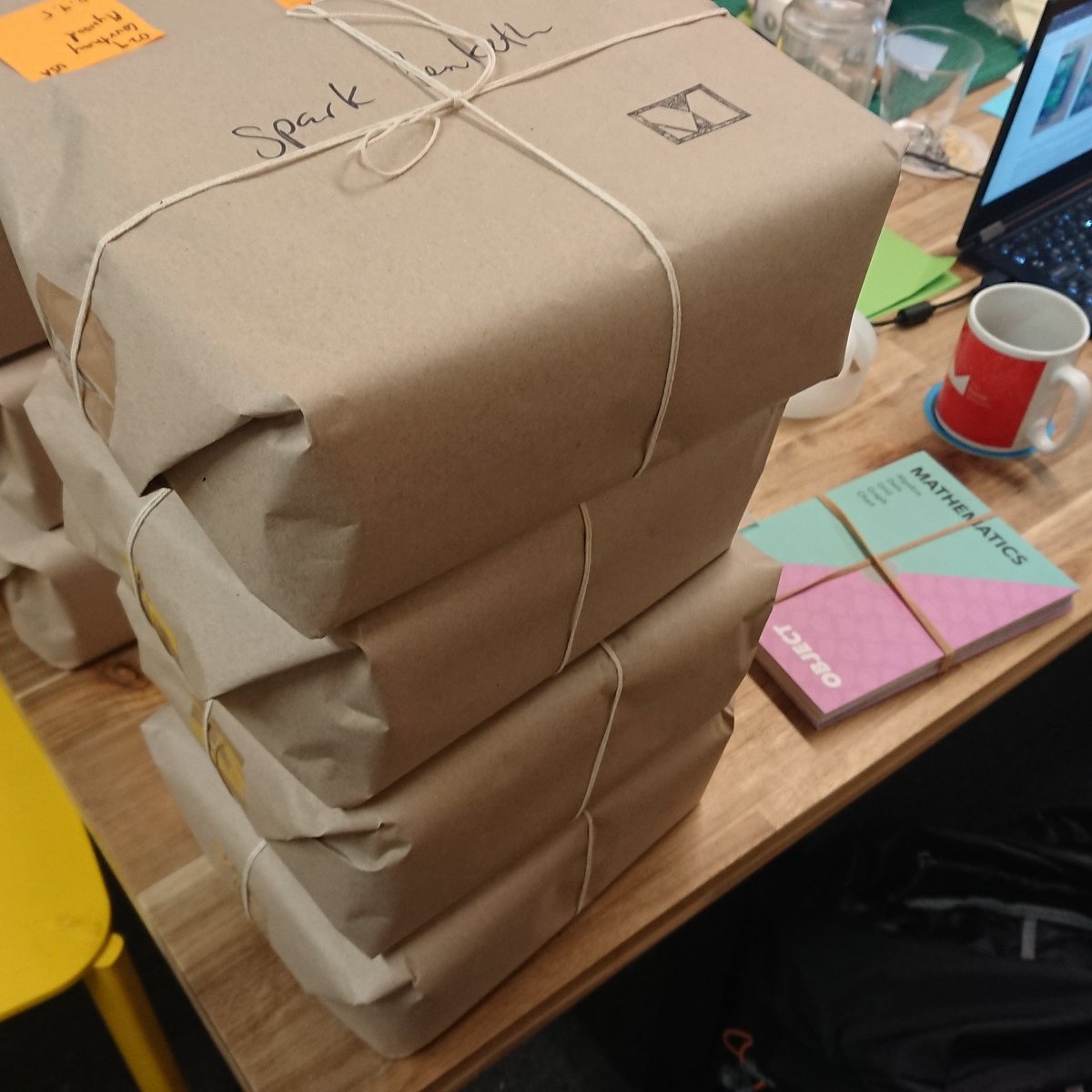 MCQN Ltd: En route to The Turnpike to deliver their #myomb Museum in a Box #weeknotes #ibal151 pic.twitter.com/o9awKzy3Hh 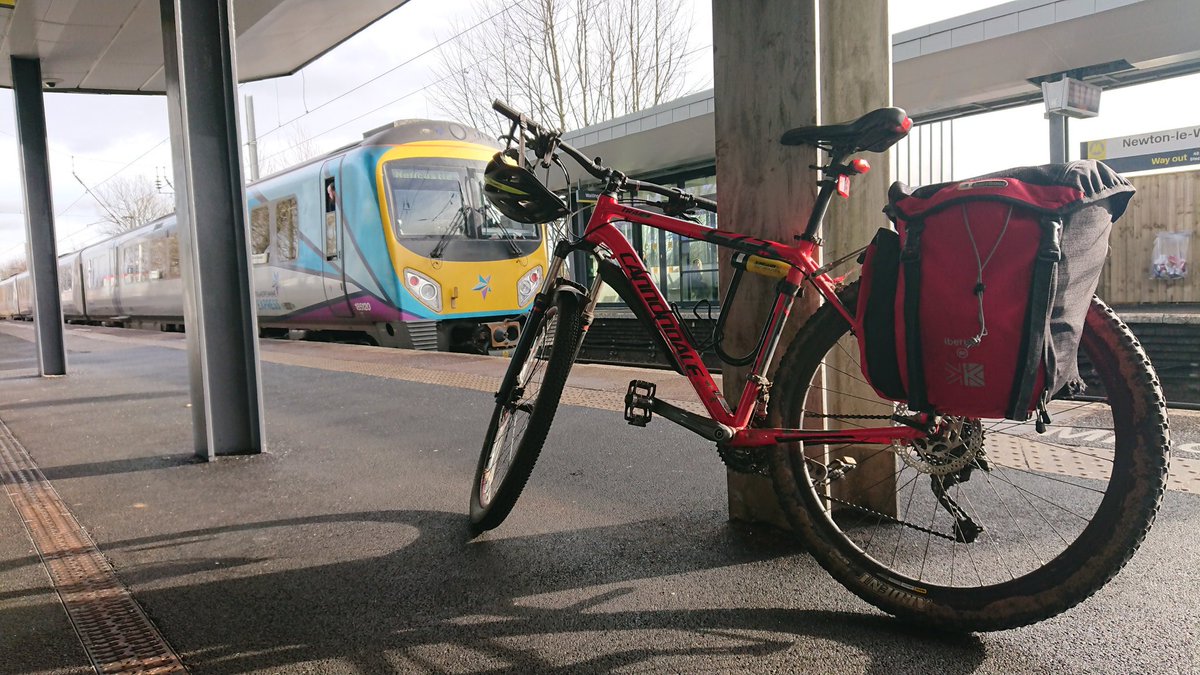 MCQN Ltd: Another #myomb Museum in a Box delivery. pat link showing off his box (and a glimpse of his school DT #workshop and #preciousplastics #recycling shredder) #weeknotes pic.twitter.com/OVVGgMESsD 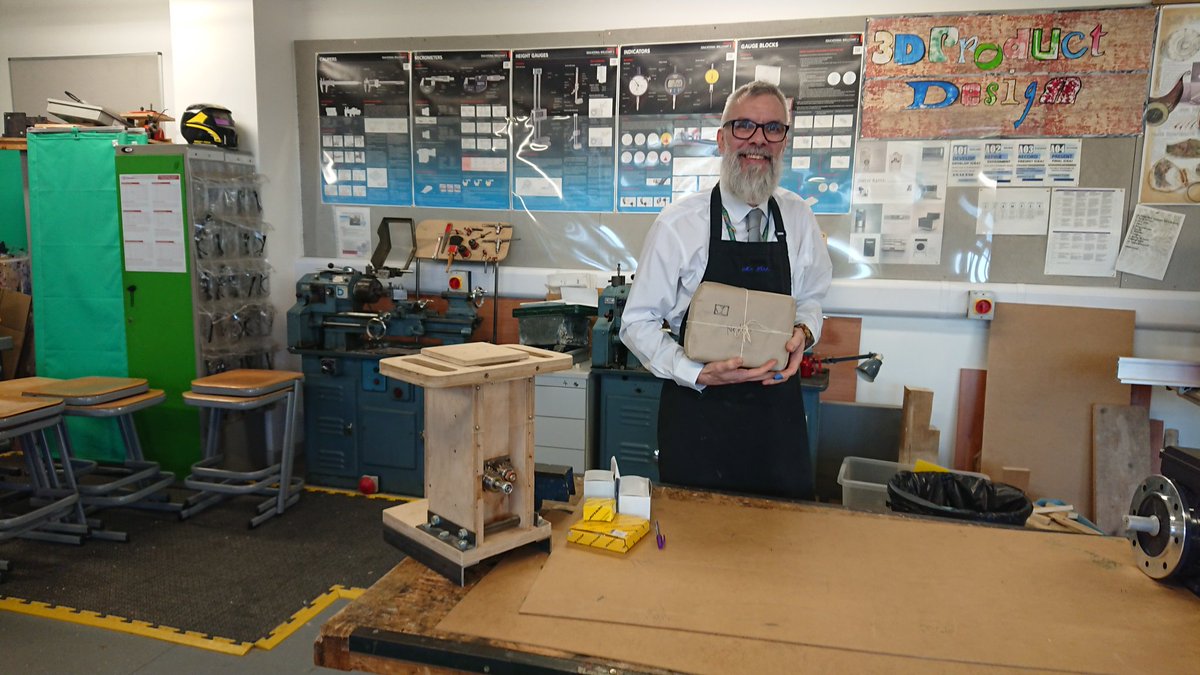 Michael Dales, who makes custom guitars was up visiting recently and ran his "Introduction to Fusion 360" course here at DoES Liverpool. Fusion 360 is becoming the software-of-choice for people using the CNC router we now have, so it was good to have someone showing some of the community how to get to grips with it.

However, Fusion 360 is Windows/Mac only which makes it a rather annoying choice for my predominantly-Linux work environment. There isn't yet a production-ready open source alternative, but FreeCAD is making steady progress in that direction and Julian has been using the CAM side of it with our CNC router.

So, while the others were picking up Fusion, I took the opportunity to climb the learning curve with FreeCAD. Some parts of it are trickier still than they should be (or would be in other CAD software), but I'm nearing a rework of the Ackers Bell design in CAD. 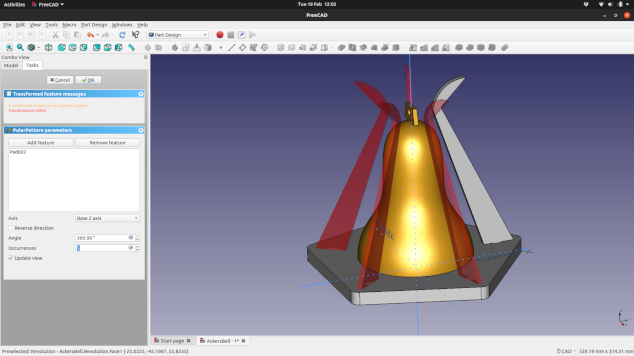 The prototypes I've produced so far were all designed in 2D in Inkscape, as that's an easy tool for transferring to the laser-cutters. That was fine for the prototypes, but as the production versions will be CNC routed it's useful to move the design on into three dimensions. It will also let me cut my teeth on the CNC router here too, and make one or two in-house.

I also got to see a good example of feedback opening up new avenues for exploration with the What Does Health Look Like work we're involved in.

We got together for a test session with tap-dancer Hannah Ballard to see how our heel-and-toe pressure sensors would work in practice.

We found a couple of teething problems to work through, but it was a really promising session. It'll be good when we can hook it up to some lights and provide some more interesting response but even with just the graphed feedback Hannah started exploring different ways to adapt her technique to work with the sensing.

I've been enjoying Laura James' weeknotes of late. In this week's edition I was particularly struck by the section on tech ethics, quoting Saɓɛ́lo:

Ethics is not missing in technology. Our ethics and values are always present in the creation and use of technology. [...] When technology companies, for instance, in the process of amassing power, harm society (socially, economically, politically), it is not just an oversight, it is an insight into their ethics

That rings very true and explains some of my tiring of the well-meaning manifestos and codes-of-conduct that are often written up as an attempt to solve such problems while the tech companies and startups continue to engage in practices which everyone decries when they come to light.

We need more companies doing things well, that we can encourage and champion. More alternatives that work for everyone (not just techies) and that everyone uses. (Join me on Mastodon so I can leave Twitter, Instagram, et al).

It also reminds me that I should be more vocal about how I'm trying to build one of those companies doing things well, here at MCQN. I need to dig out the slides from my Ignite Liverpool talk at MakeFest and write them up and expand upon the themes I touched upon there.