Somehow it’s come back round to Chris for the weeknotes again already, those three (and a half) weeks have flown.

I’ve mainly been working on a battery charger for our friends at Peloton. We needed to connect ten 4056 charging chips to a PSU so they could charge all their My Baby’s Got LED power lights.

As it is a one off, MCQN had a lot of copper board and DoES Liverpool has CNC mills it made sense to mill a circuit board for this. 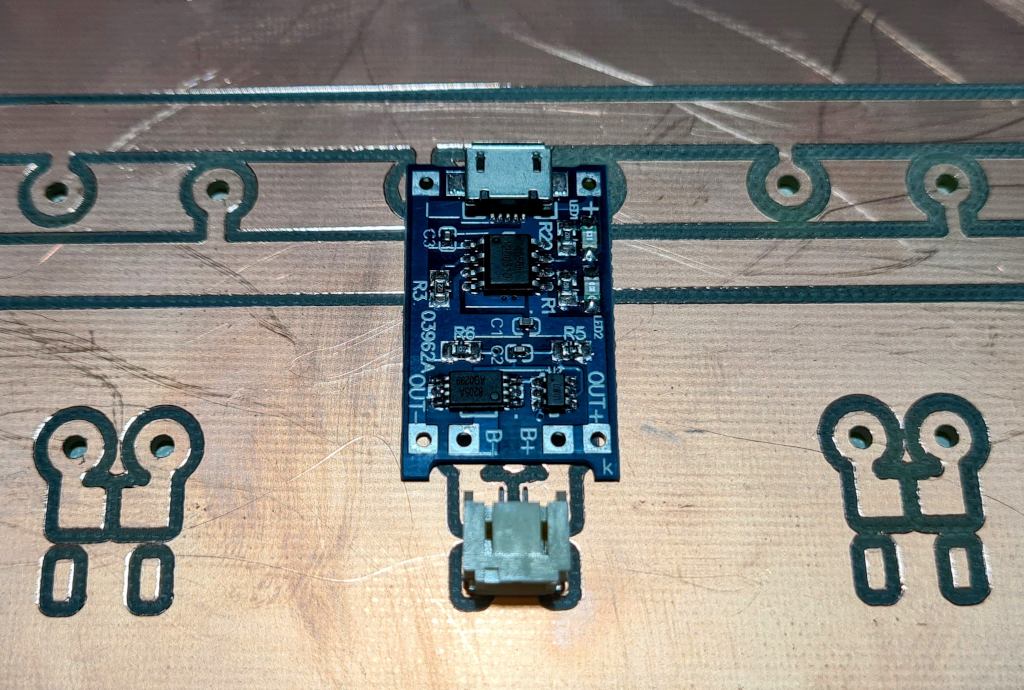 For the next time I need to, and possibly to help other members of the DoES community make woodcut prints, I thought it would be useful to record the various options I looked at to generate the toolpath.

For each I’m starting with an SVG of the tracks generated in Inkscape, with a footprint for the JST socket exported from Kicad.

Naturally my first approach was FreeCAD, why wouldn’t it be? I’ve written a quick overview on crearting 3d models from 2d SVG files for DoES here

It’s a work in progress and will probably need a refresh after Friday’s(?) release of v0.20.

With a 3d rendering the Path workbench can create and export the toolpath. This approach works and I’d never discourage using FreeCAD but for a job like this which is essentially only a 2d path it’s probably a little overkill.

JSCut is an online toolpath generator that imports an SVG and then has options to select the shapes within this file to generate tool operations.

By drawing a perimeter rectangle around the board it’s possible to generate a path that engraves away all the copper that isn’t track.

The trick here is to select all the internal path objects first, and then the bounding rectangle. In the drop down menu for the engrave operation is a ‘Combine’ property. Setting this to ‘XOR’ gives the desired result.

I’ve found selecting objects is a little tricky, reminiscent of the pixel perfect precision needed to complete a ZX Spectrum platformer, but with patience it can generate useful results.

Also you are probably going to need to edit the resulting Gcode in a text editor, in our case adding the leading and trailing “%” character and stripping out comments.

Krabzcam and Kiri offer a similar approach to Jscut and both have their strengths, I guess it’s down to personal preference here.

I ended up using Krabzcam but I've included them so we have the links.

On this project I decided against etching away all the copper as described above with Jscut and just profiled the paths using Krabzcam.

One eccentricity I spotted with this tool was the creation of some extra drilling operations when I added the operations for the through hole components.

I suspect it was adding a drill operation into every enclosed shape found and not just the circular holes I’d intended.

I am very prepared to admit this was user error and not a fault in the software, but I couldn’t find the solution. This was easily fixed in NC Viewer though.

HT to Jo Hinchliffe for the steer on the various web CAM tools. 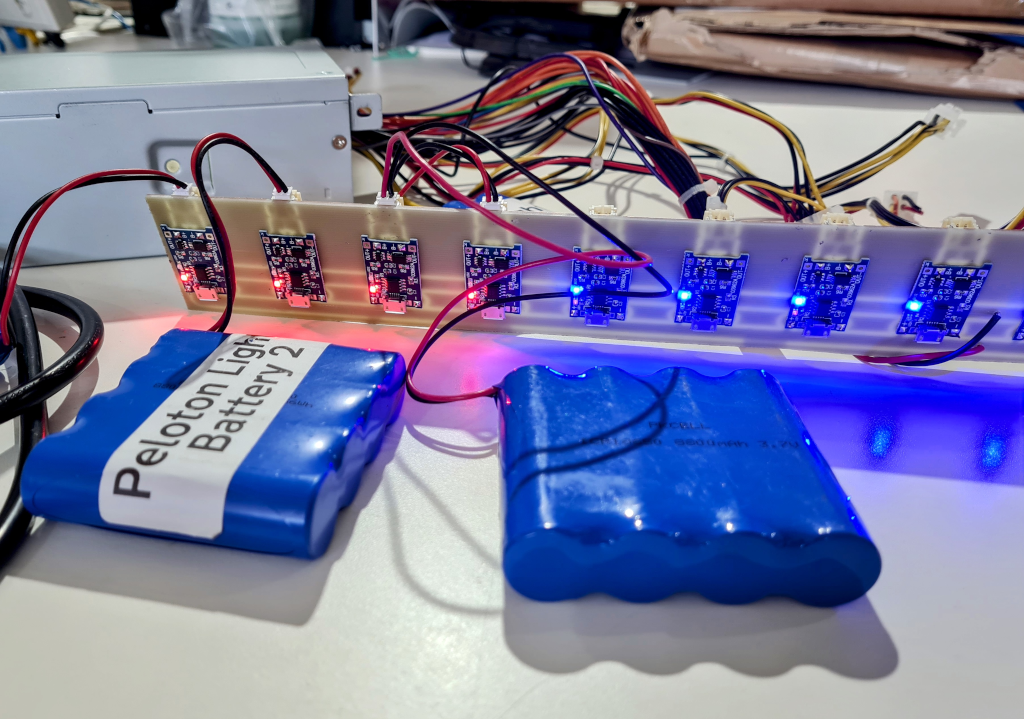 Along with client work Adrian took part in an epic biking expedition in North Wales.

Nicki will be back to weeknotes after her European festival adventures.