For the second half of April 2021, we were consumed by plotting. That's the printing kind, not the European Super League kind. Arthur reports:

Back in week 809 Adrian ordered the Elekslaser Pro A3 for a project. Unfortunately there's no unboxing or build video due to the gopro running out of juice, but here's what it looked like out of the box: 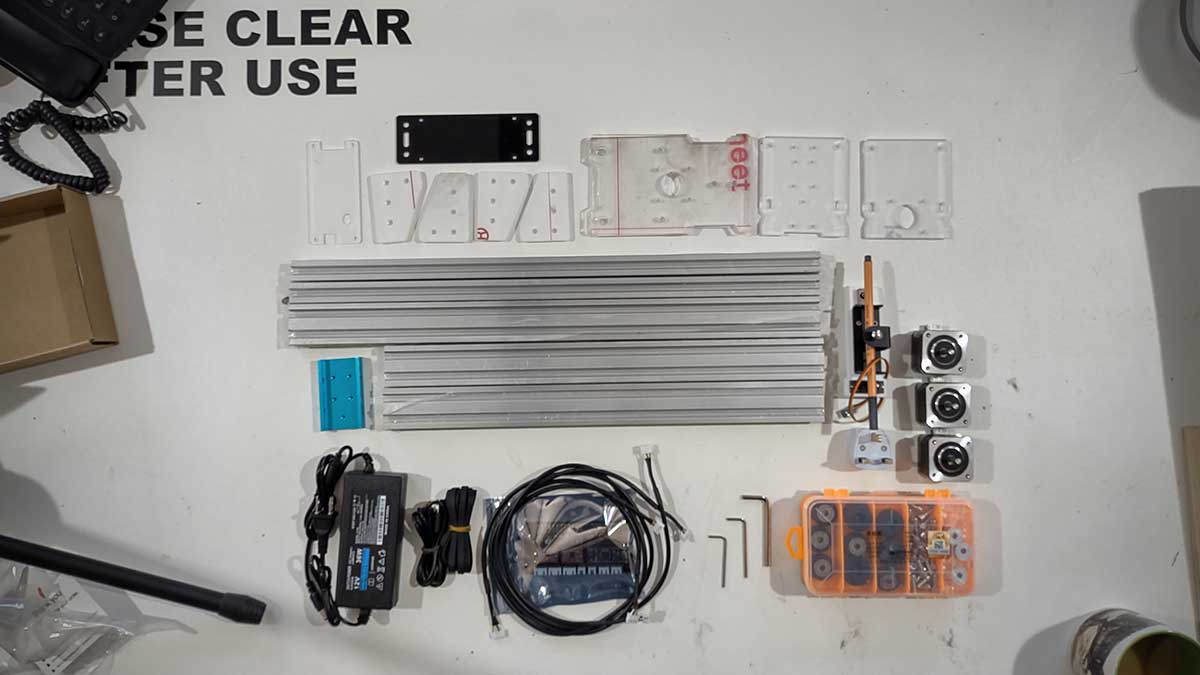 And here it on Friday for the client demo: 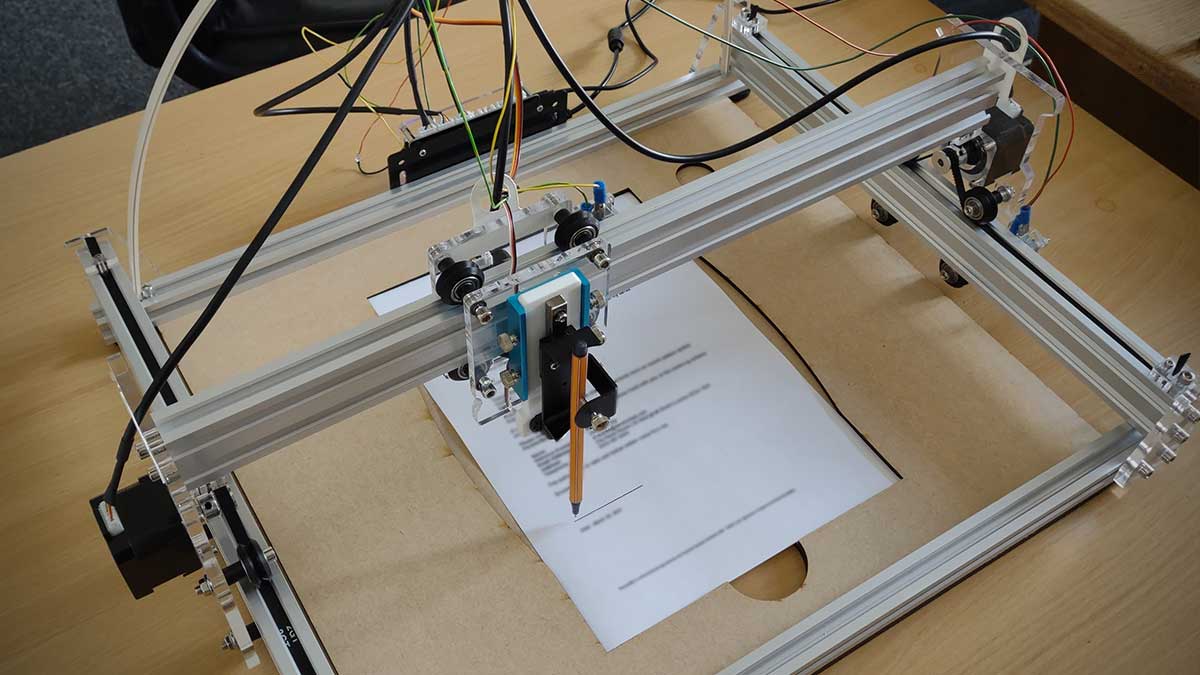 We're setting this up to wrangle signatures from an SVG format into G-Code before sending it over to GRBL on the Elekslaser to control the pen movement and marking.

Thinking it would make it more user-friendly, we fitted limit switches to the X and Y axis. No need on the Z axis, since pen-up and pen-down is controlled with servo positions masquerading as spindle speeds. These switches are wired up in a normally-open configuration, which is slightly easier as you don't have to short the Z axis to persuade the controller things there's nothing ALARMing going on. Happily, there were some suitable clear acylic offcuts tucked away in DoES Liverpool that were just about big enough to cut the brackets out of without using new sheets. 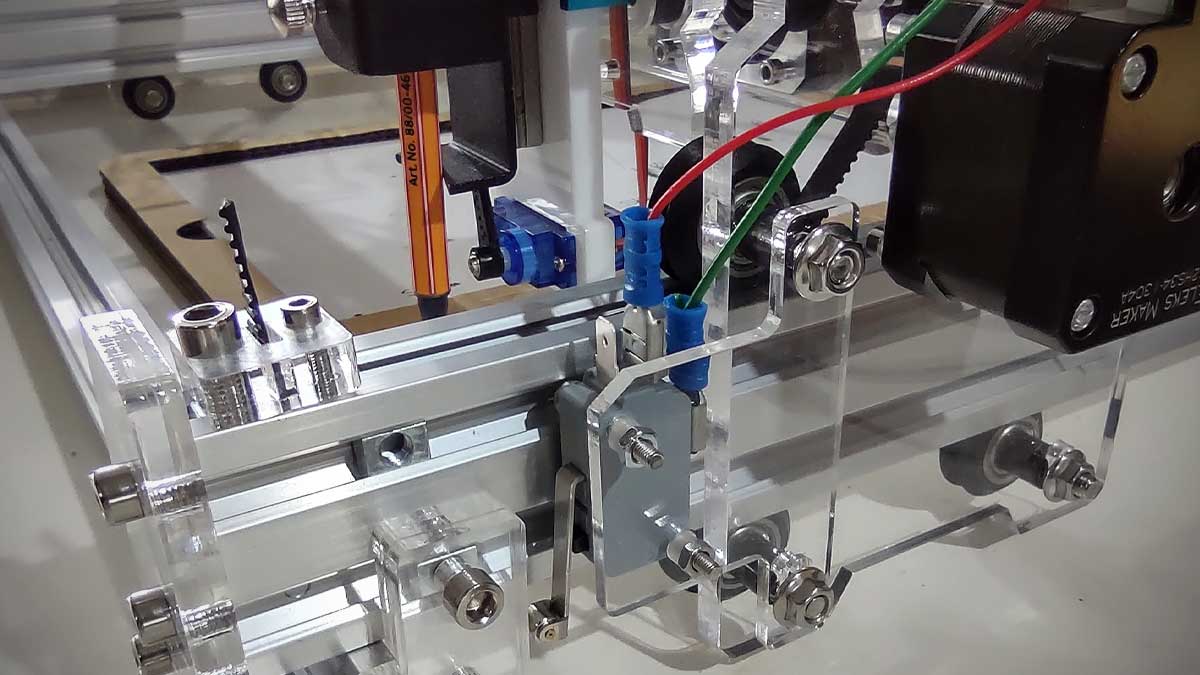 It seems plotting is in the air at the moment in DoES Liverpool, with Jackie making great strides in making geometric creations

In other news, Adrian also received some ESP32C3 chips to play with.

And lastly, the second trilogy of the Teleprinter saga closed out with a cliffhanger, as part 6 set things up for the introduction of a supercapacitor to settle out the 110V supply and stabilise the motor. They're getting close!