After a couple of weeks of focused activity on plotters, this week was something of a pause for breath, and a look round at which of the other plates needed a quick flick of the wrist to keep spinning.

Some of that was admin, the latest quarterly VAT return being due, and I had a day of chipping away at the next feature for Museum in a Box. That requires changes on both the device side and the web backend, so my time was spent getting more intimate with Django than I'd ideally like. Not that there's anything wrong with Django, just that adding yet-another web framework isn't top of my continued professional development plans 😃

Arthur spent some time taking stock of his first three months (already!) and doing some planning for what's next. He's been a great addition to the company, and we've extended his contract, including nudging it up to four days-a-week.

As we suspected, the product sales haven't ramped up quickly enough to cover all of Arthur's salary. Of course, he's also able to help out with the consulting side of MCQN Ltd, and has been; but part of my reason for hiring someone was to build up the product aspect of the business. Hopefully to pay the salaries of a few of us as we expand further! So, one of my onging tasks is to bring in enough consulting to give him the room to work on that.

Wrapping up the week, the two of us spent Friday reflecting on the feedback from the customer demo of the plotter, and worked up the plan for how to incorporate that into the remaining work. 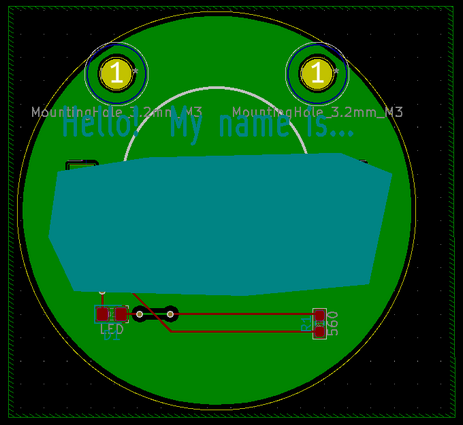 One last note, this coming Saturday, the 15th May 2021, I'll be re-running my introduction to designing PCBs with Kicad course and there are still some tickets available.