A more focused few weeks. A few meetings here and there to discuss possible future work and a day out at FACT taking part in the "Lab of Labs" symposium (I wrote up some related thoughts from that on the DoES Liveropol blog), but otherwise head-down in Good Night Lamp and Museum in a Box.

On the Museum in a Box front, it's been a tale of lining things up for our Make Your Own Box production run, and a big chunk of 3D printing.

We've been chasing down the last bits to order from the bill of materials, and I've done some test laser-cutting to check our latest design tweaks before we get a load of cases cut. I'm also expecting a load of PCBs to arrive any day from the fab house.

Some of the 3D printing is in preparation for the MYOB pilot—I've been seeing how many of the "welcome" print that ships with every box we can fit onto the plate in one go. Not always successfuly, a few hours after taking this photo I decided to tweak the extruder temperature and managed to set it low enough that it stopped extruding entirely. Only 35 hours into a 43 hour print... 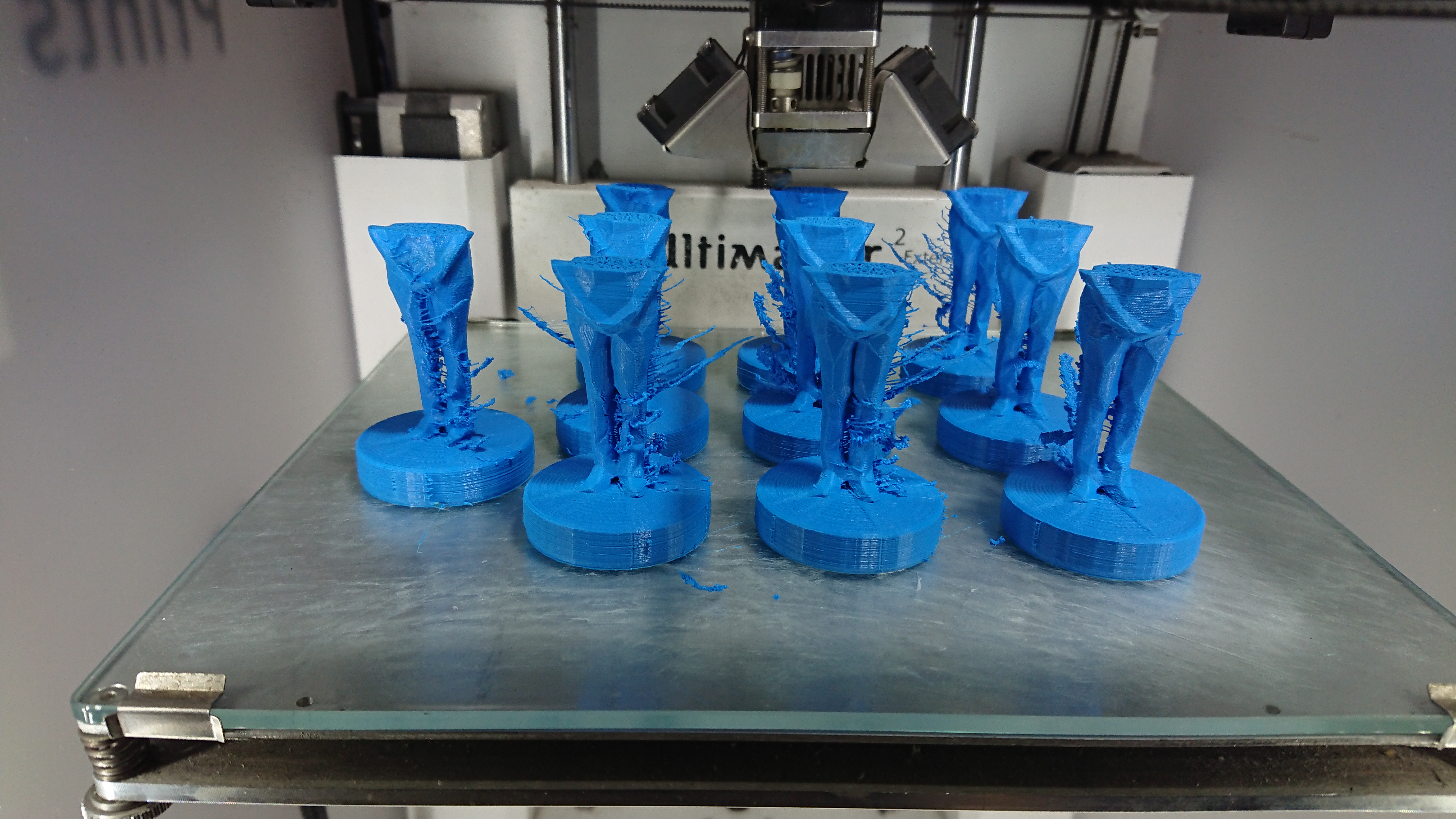 The bulk of the 3D printing is for the commission from Barnsley. I've been working with Andy Goodwin, who did some of the 3D scanning for us, to decide how best to arrange and process the models for printing, and then have kept the DoES Liverpool Ultimakers busy as I plough through the queue of prints.

On the Good Night Lamp front the big new feature is over-the-air upgrades. The lamps can now download a new firmware image over the network in the background, and once it's fully downloaded then reboot and upgrade themselves. As we're using well over half the available on-board flash with the MKR boards, that's also required adding an external SPI flash chip to the electronics, and storing the downloaded update there.

Being able to upgrade lamps remotely will also help now the software development is reaching the point when I'm opening it up to wider testing from the rest of the team. That has also meant migrating the server infrastructure to something beyond my laptop, so I've been dusting off my Heroku-wrangling skills.

Some of the work I've done as part of the Good Night Lamp development has also made it out into the world already. The contribution I made to the Arduino MQTT library (mentioned in weeks 672-676 weeknotes) has been accepted and merged into its latest release:

Published a new version of my Arduino MQTT PubSubClient.

Adds support for publishing large messages (thanks @amcewen), improved reliability (hopefully) on ESPs and ability to turn off clean-session flag so your subscriptions remain on the broker.https://t.co/E33Mma7Z4m https://t.co/jsZcA16nQ6