It's been a busy month.

Some of it has already been reported elsewhere on the site: yesterady I published the catalogue entries (every project undertaken gets its own ibal number and subsequently a URL and page on this site. Not all are publicly visible, but those that are get listed on mcqn.com/catalogue) for the Making It!? conference that I collaborated on organising with Alexandra Deschamps-Sonsino, and the entry for "Five Myths of Indie Manufacturing" - the talk I gave at the conference.

With Museum in a Box scaling up our production batches for the Make Your Own pilot, we've been revisiting the bill of materials. It's the regular rhythm of hardware development, revisiting your production methods and the components which make up the product to see if there's anywhere to shave off some of the costs. 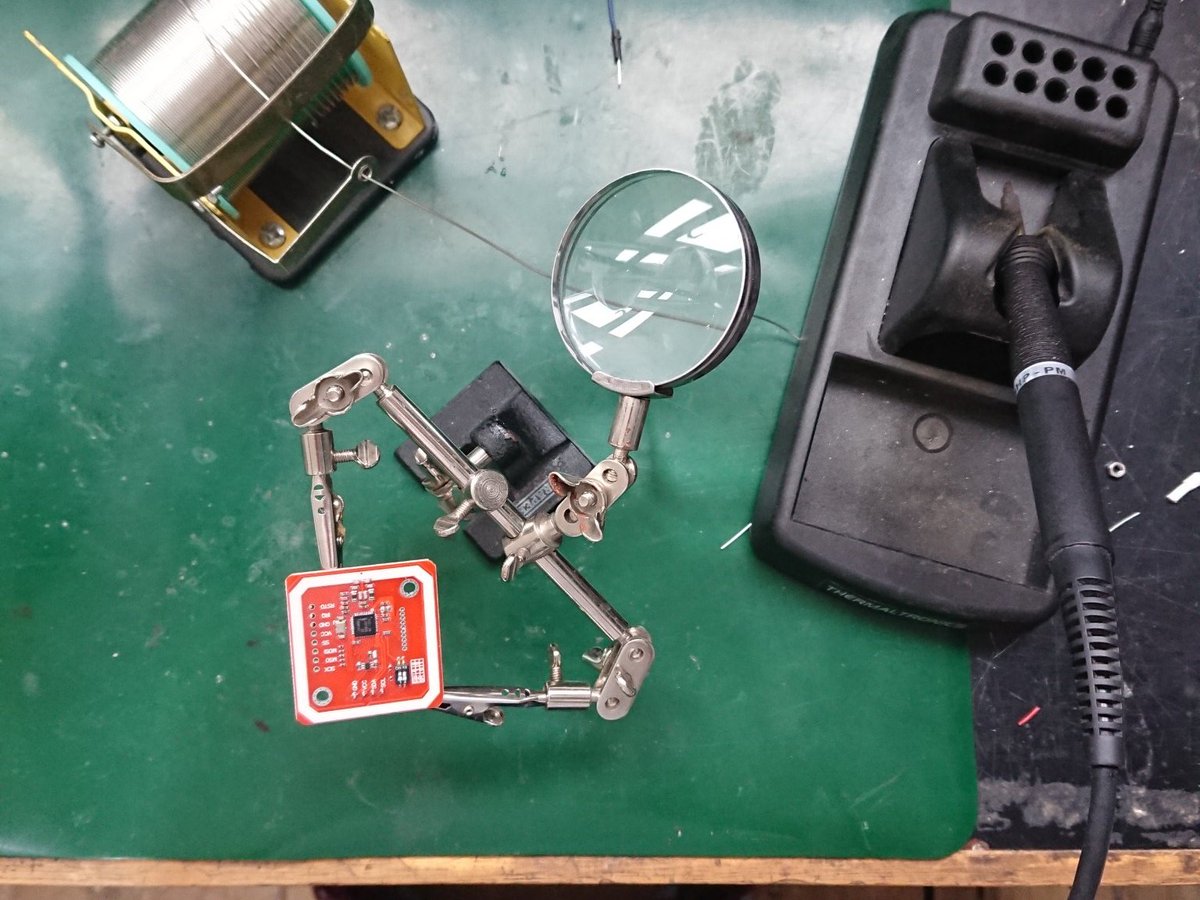 I spent a couple of days kicking the tyres of a bunch of different RFID/NFC readers. Annoyingly, neither of the ones I'd been hoping to use proved any use. I was just cursing my decision not to buy one of my third choice, when one of the benefits of the DoES Liverpool community kicked in. Merely five minutes after I'd posted to the mailing list to ask if anyone happened to have one I could borrow there was a board sat on my desk for me to borrow. Thanks Alex! That board turned out to work much better and should save us a useful amount on our BOM costs. There'll be some work to do in rewriting the software to use it, but that's a one-off investment rather than a per-box cost.

And last Friday we made the trip over to Sheffield for the day to catch up with the folk at Pimoroni, following an initial chat when we were all together at Making It!? It was good excuse to have a nose round their production facility and see how they might be able to help. They've got a row of big laser-cutters like the big one we have at DoES Liverpool, and a rather nifty surface-mount production PCB assembly line... 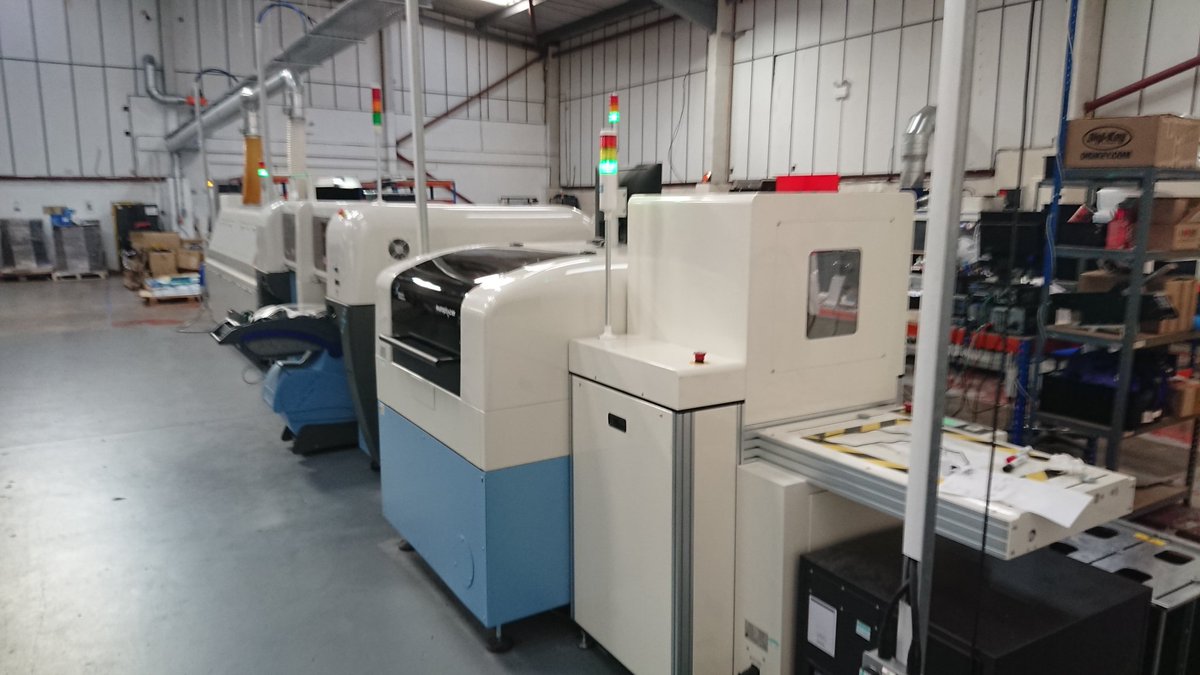 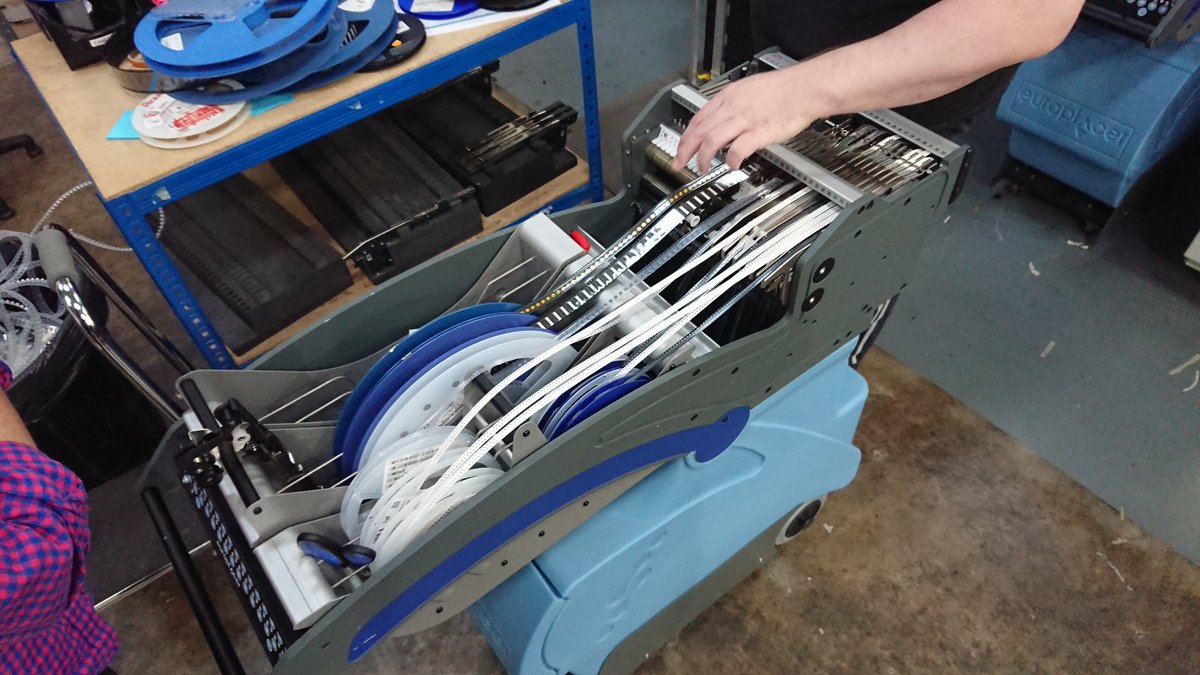 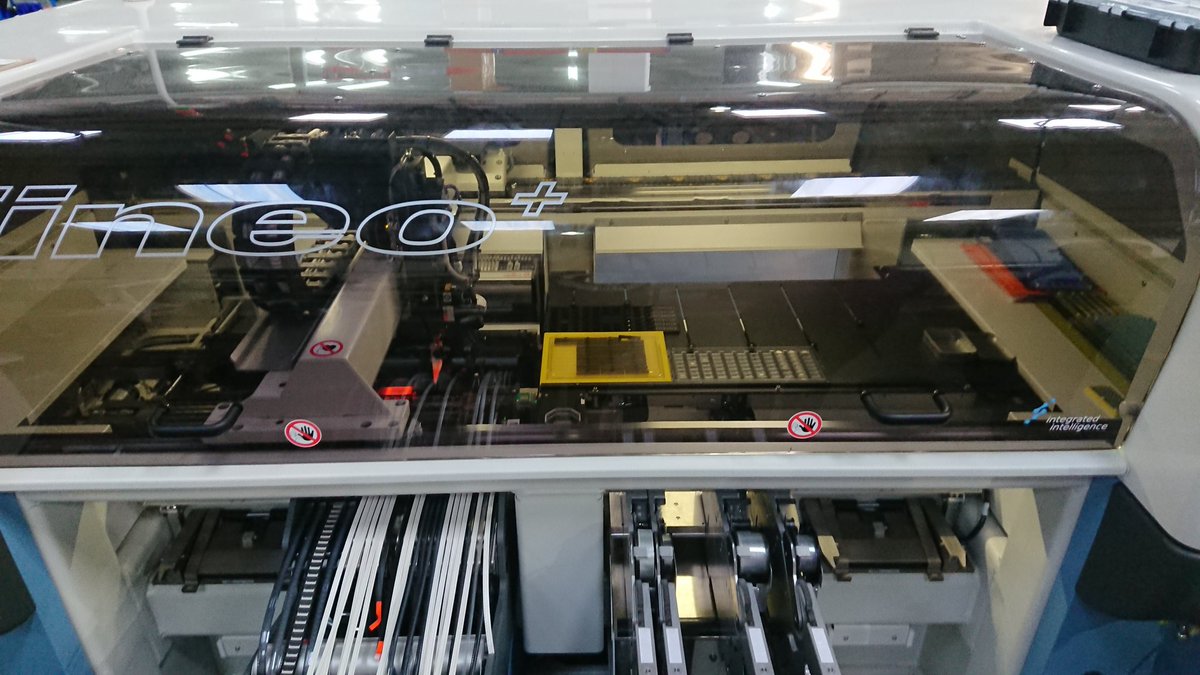 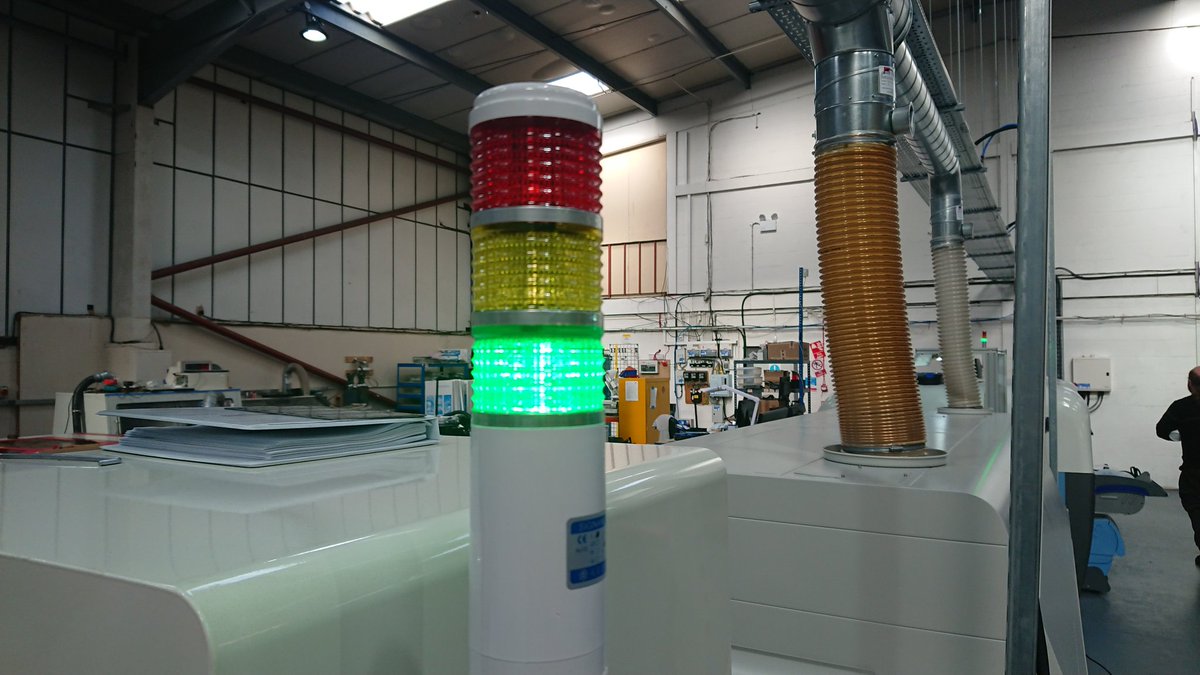 The main focus of the month has been closing out the work to port the Signal messaging library to Arduino for the work I'm doing on Good Night Lamp.

The start of the month saw a pretty major milestone achieved, with the first message encrypted, transmitted, received, and successfully decrypted. Getting to that point had involved building a fair bit of software infrastructure: creating and signing keys; building a server to handle storing the public component of those keys, and hand them out as required; passing messages between devices. All of which without knowing for definite if (a) it would all fit into the storage available, and (b) whether I'd wired up all the encryption algorithms correctly. So it was a pretty major relief to chase down the last couple of small bugs and have the message correctly decrypted! 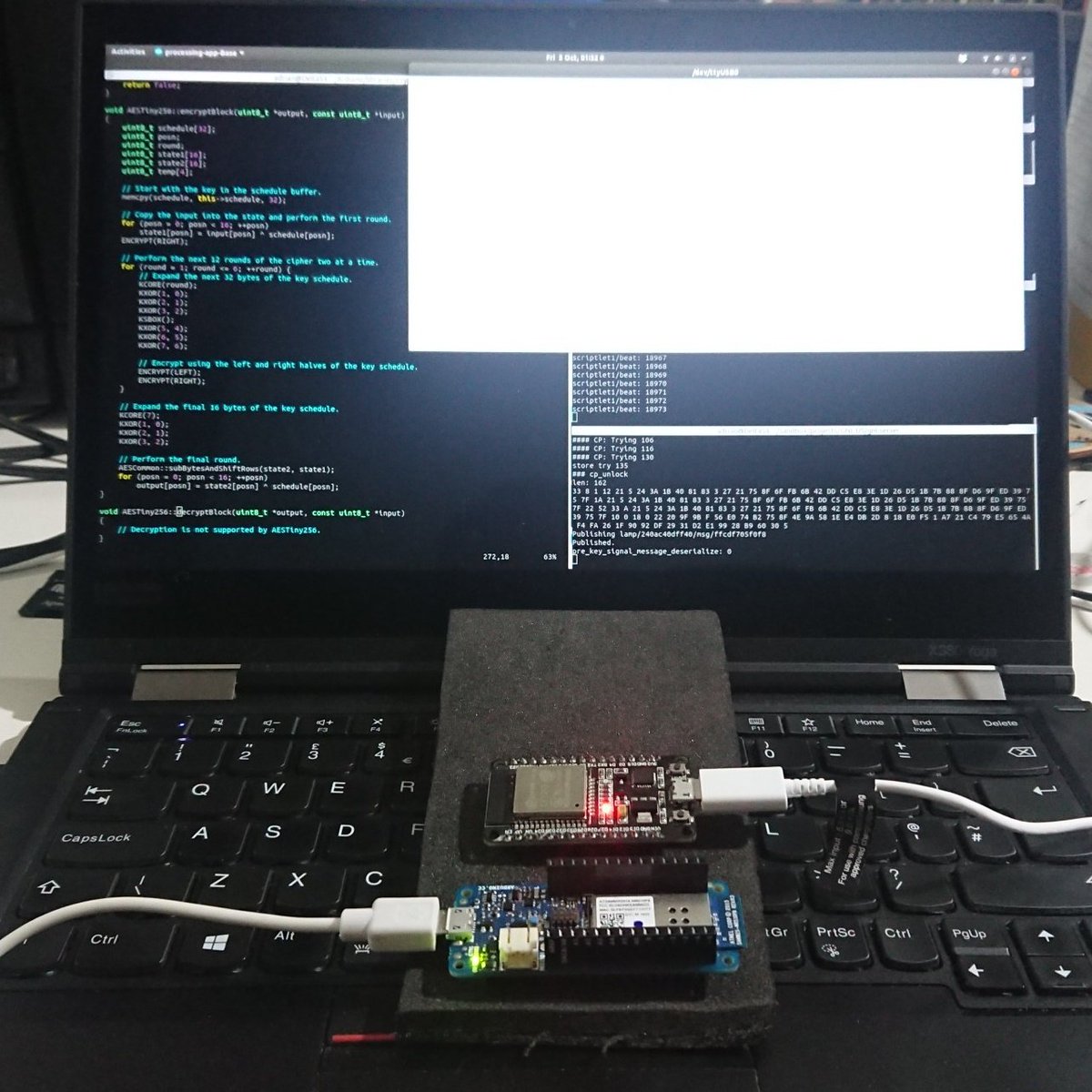 Following on from that, I've added a way for devices to discover which other lamps are in their "set", and finally been able to build out the actual lamp functionality. So now I have a development "Big Lamp" with a button and LED, which can securely communicate with a number of "Little Lamps" and have their LEDs illuminate and extinguish moments after the button is pressed.

With that done, we're nearing point where the US Good Night Lamps will be ready for production. Which also means that my availability is freeing up. As ever, if you've got a project that I can help with, drop me a line. I'll be able to start new things from mid-November.