The tail end of last year disappeared in a frenzy of work on Museum in a Box. There are a few new commissions to build out and all of the boxes we'll be sending round the world in the coming weeks to the people signed up on our "Make Your Own" pilot programme so December saw our biggest batch construction so far.

As ever, we applied some of the things we learnt last time we built a batch, and came up with some more ideas for ways to make assembly easier and/or cheaper next time. This round saw us outsourcing production of some of the bespoke components as well as building a couple more jigs to aid with assembly and testing. Each iteration we climb a bit further up the manufacturing learning curve and supply chain.

Part of our drive to reduce the bill-of-materials cost saw us changing RFID reader. This went from the second highest cost on the BOM down to something much lower down. The knock-on effect from that was that it required a new software library to talk to the reader, so I got to spend a few weeks writing that and getting to grips with gyp and node_api.h to interface between NodeJS and native-C/C++.

Rather than give a blow-by-blow account of the weeks, here are a couple of social media snippets...

Need something to do for the next 64 hours? You could watch the @_museuminabox #3Dprinting #livestream here at @DoESLiverpool, courtesy of @makespacelive https://t.co/F5QM4MESsq #weeknotes

What a difference 100 microseconds can make. CRC failure rate drops from ~90% to ~0% with the addition of a 100uS delay before reading in the calculated CRC. The joy of #embedded #software. #myomb #weeknotes

With this production run mostly out of the way now, 2019 has let me get on with some other work.

In September we (a group of us from DoES Liverpool) ran the What Does Health Look Like workshop where people could build their own pressure and stretch sensors, hook them up to a micro:bit and visualize their movement data. Last week I started on some of the follow-up work to that.

I wrote some bridge code to let p5js sketches receive data from an Arduino over MQTT, which should make it easier for future workshop participants to get the plumbing of connecting-things-together done, giving them more time to get on with the creative coding.

It also feeds the sensor data through at a much higher rate than we'd managed with our previous setup. As you can see in this demo video, it's now nicely responsive:

There's a full write-up on the MQTT to SocketIO Bridge catalogue page.

And finally, I've been turning my bike into a mobile LoRaWAN mapping test rig, as a gentle introduction to the work on the Things Network and energy harvesting that I'll be doing for a new client. 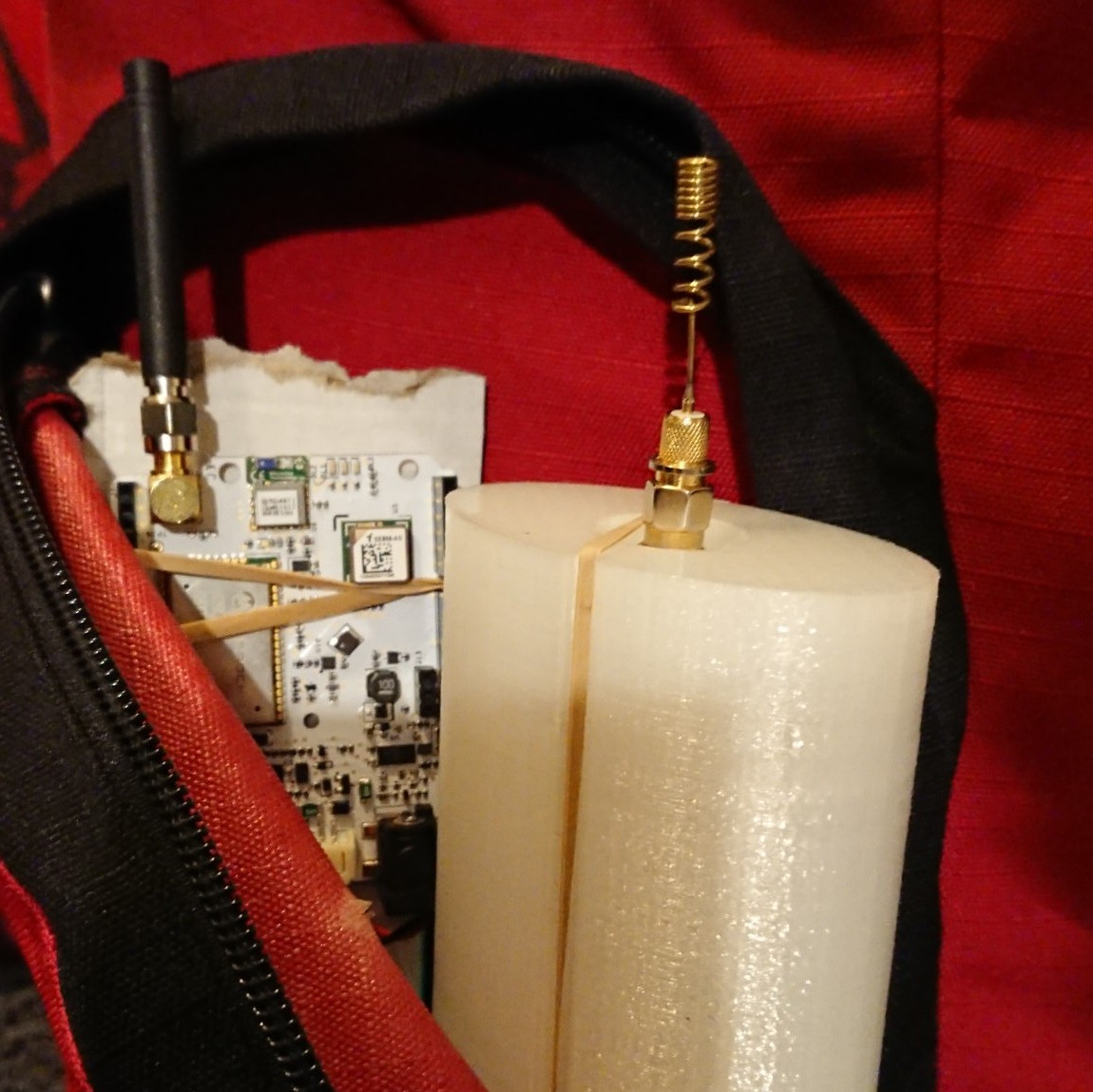