It’s Chris on the weeknotes, just as soon as I’ve brushed off all the sawdust I’ve been generating. The task that is consuming all my time at the moment is using FreeCAD to generate toolpaths to CNC mill the base for Acker’s Bell.

MCQN are supporters of open source, this feels like it’s probably a separate blog post at some point. FreeCAD is the natural (only) open source CAD choice for MCQN and other users of the DoES space.

I may, in moments of weakness, have coveted my neighbour's Fusion 360 licence along the way. I’ve certainly been found imitating Munch’s scream as I’ve tried to navigate the various workbenches and post processors invloved.

I am now happy to report that, after a fair amount of trial and error I have separated the problems with FreeCAD itself and those relating to the post processor generating paths for our specific CNC machine. We can now generate models and toolpaths from scratch and from 2d vector files.

Adrian and Nikki were treated to me beaming and hugging a pentagon of wood, and to be fair were both polite enough to humor me in this.

The next step is to complete cuts for a full model assembly and write up the FreeCAD process for the DoES wiki for others to use. I’ll also need to tweak the postprocessor slightly to iron out a few bugs. Ideally I will soon be able to have something other than machining pentagons in plywood to talk about in weeknotes. 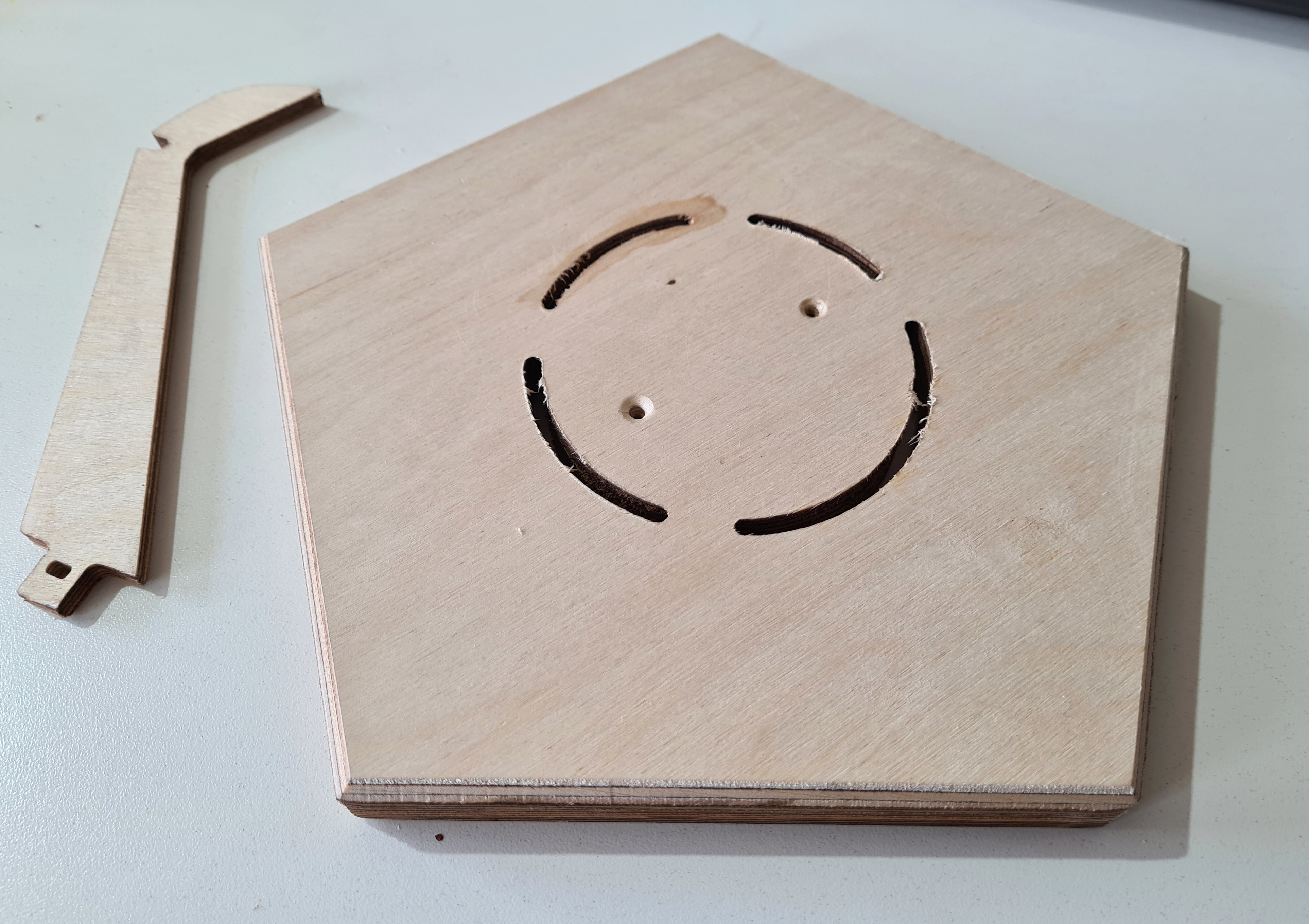 Adrian had a busy week, but the only bit he can talk about is the work on Museum in a Box. Some folk who'd commissioned a box from us ages ago are restarting their archive open days and getting their box out from its pandemic storage. So they sent it up to us for a bit of a service and some TLC. He fixed some noise on the audio (which was one of the reasons we moved to our own PCB) and took the opportunity to update the software to the latest version while it was here.

Nikki mostly spent the week looking into shipping options for sorting out LED kits for My Baby’s got LED and figuring out how we're best going to do those. She also did some work in Shotcut to create a video of the DoES party. This week also saw her start the process of setting up Jekyll and getting acquainted with the website code ready for her debut weeknotes next week.