On 20th September a collection of people from across Europe converged on the RCA in Battersea for a day of exploring ways that we could introduce the Internet of Things into schools. The event, KidNet, was arranged by Marija Nikolic and Rob van Kranenburg.

Adrian went along to present the work that MCQN Ltd has been doing with Imagication to take the Internet of Things into primary schools. Here are his slides from the talk... 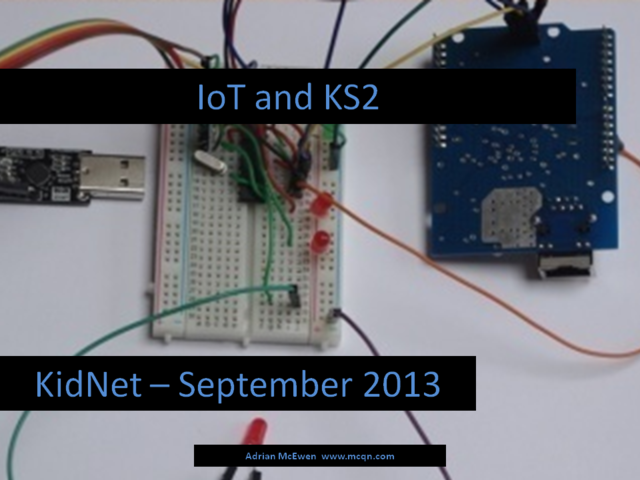 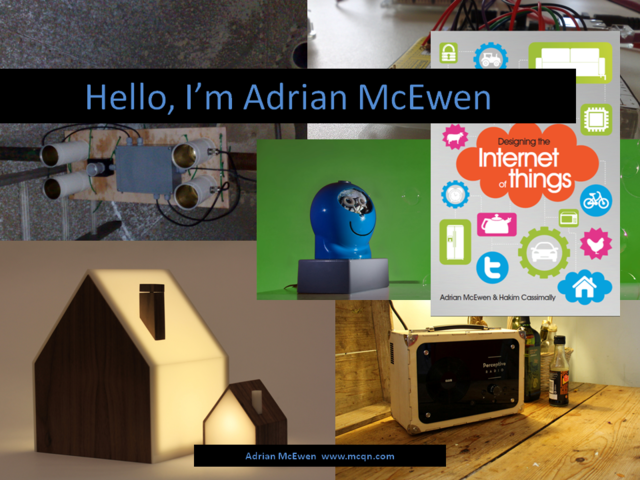 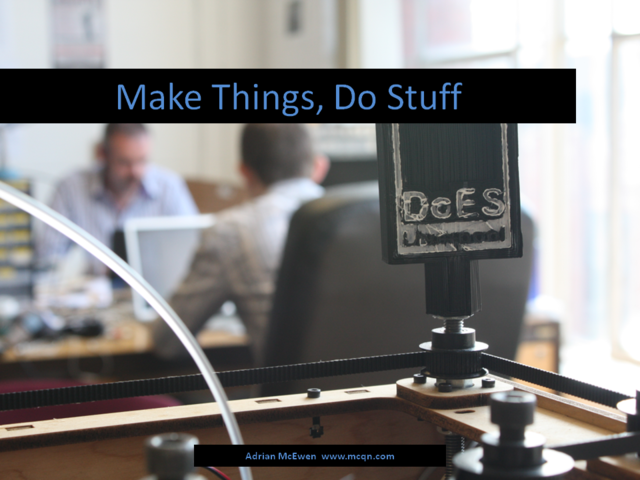 I shouldn't really be presenting this stuff to you today. I'm not the educator in the project, that's Kirsty Sparrow, but unfortunately she is busy teaching today and so couldn't make it along.

Together we applied to, and were accepted by, the Digital Makers fund which is part of NESTA, Nominet and Mozilla's Make Things Do Stuff initiative.

MCQN Ltd developed the software, and Imagication worked out the teaching materials and delivered the workshops. So far they've taken around 300 children through building and programming their own computer - mostly in primary schools, but also a Girl Guide troop and a youth club. 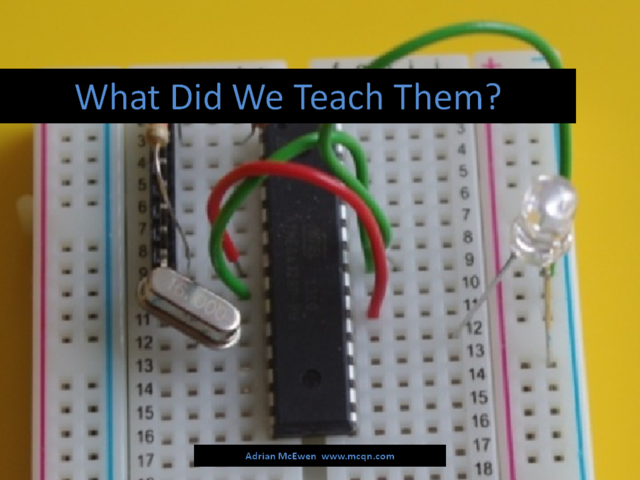 The course is based on the Shrimp, a build-it-yourself-from-raw-electronics version of the Arduino developed by Cefn Hoile.

The circuit is focused on providing both a sense of achievement at having built as well as programmed a computer, and also at keeping the cost as low as possible. With a little legwork in sourcing components, the basic Shrimp can be put together for £3-4. 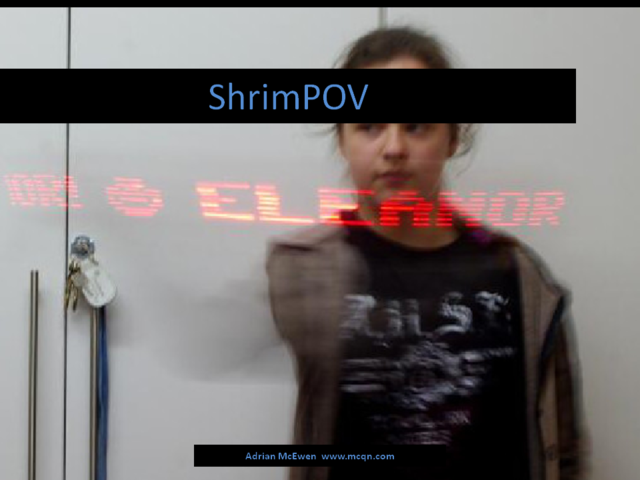 As a first step each participant built the basic Shrimp circuit, and then added another 7 LEDs (bringing it to 8 in total), arranged in a row.

Once programmed with the ShrimPOV software, and waved from side to side, they'd then be able to write messages "in thin air". 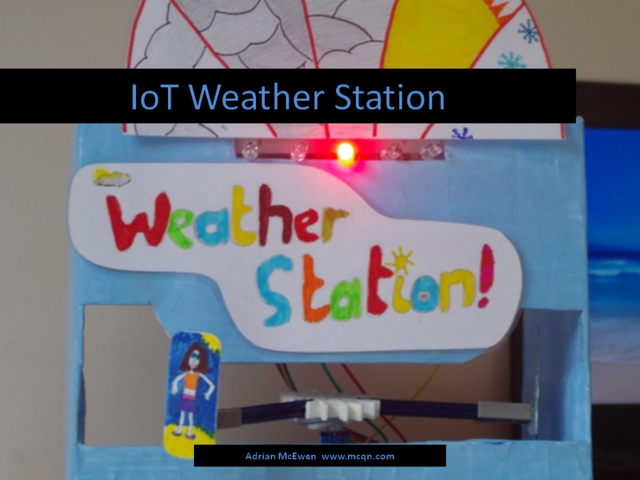 After getting the persistence-of-vision circuit working, they could then take their first steps into the Internet of Things.

Adding an Ethernet shield and a mini-servo to the ShrimPOV lets you reconfigure it as an Internet of Things Weather Station. The code uses the Met Office API and performs some simplistic JSON parsing to retrieve the weather forecast for your chosen location. The LEDs show the prevailing conditions: sunny, rainy, cloudy, etc. and the servo swings from hot to cold to show the predicted temperature.

Once the electronics and software are working, there's an additional more traditionally-crafty exercise in building a housing for it all. 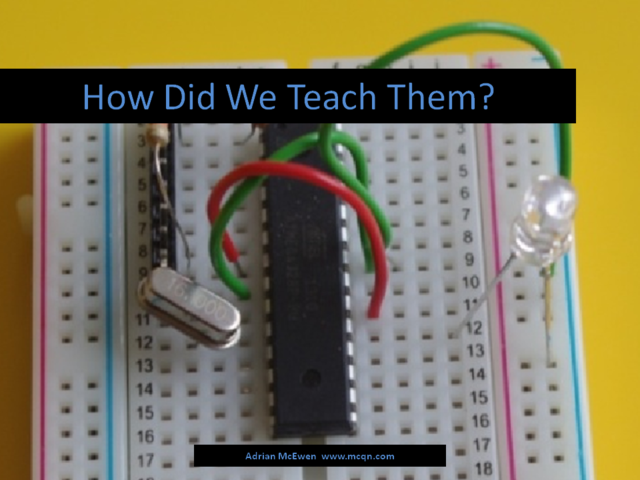 They generally worked in pairs, each pair with a computer for programming the chips, and for reading the set of instructions at their own pace. It is possible to run teach them step-by-step from a single set of instructions, but Kirsty found that they were more engaged and felt more ownership of what they'd achieved if they could work through it themselves.

She would introduce the topic fairly generally to begin with, and aim to get them building things as quickly as possible. Then explain things more once they'd achieved something.

Here's a time-lapse video showing all the steps in building one:

Building an Internet of Things Weather Station from Imagication on Vimeo. 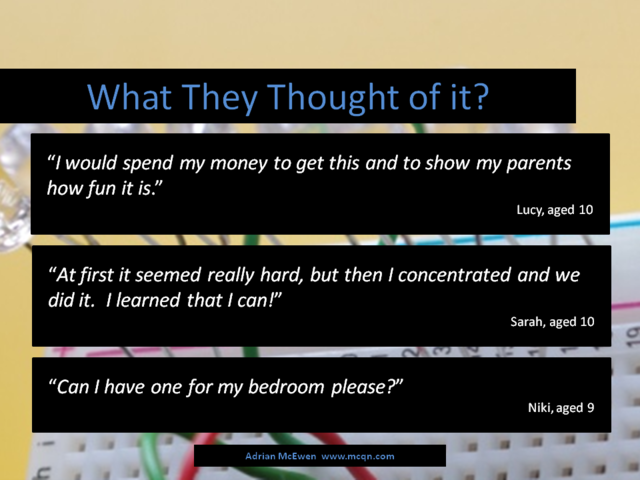 The sessions went down a storm, with the kids often wanting to stay on after it had finished to work more on their projects. I've pulled out a few comments from the feedback we got from the schools. 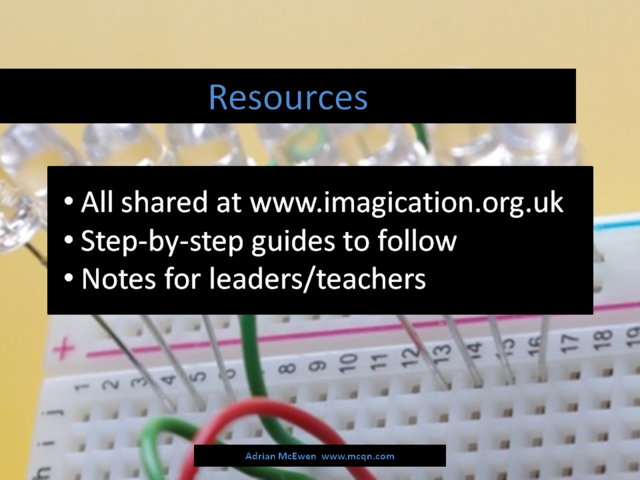 All of the resources to build it yourself, or run a workshop for it, are online on the Imagication website. 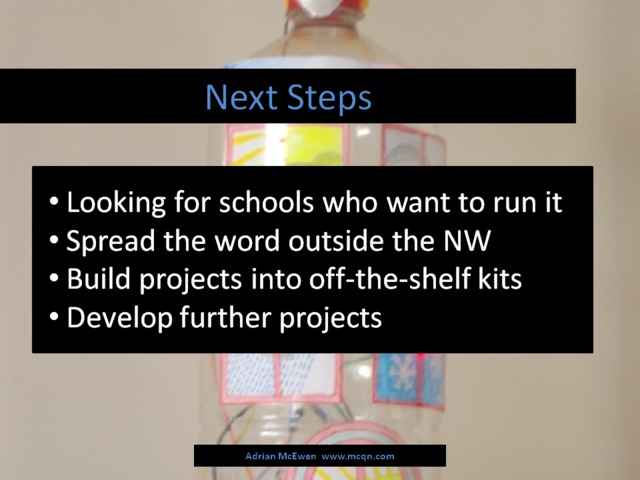 We're always interested to hear from schools who'd like us to run a session for them. I think we're mostly looking at the NW, because travel and accommodation adds to the cost of having us visit. However, all the materials are there and open-sourced, so we'd love for people further afield to start using them and spreading the knowledge and enthusiasm further.

And we're looking to develop the projects into kits for people who don't want to source all the parts themselves, and also developing further projects - the first of those being something to add some sensing, some data gathering, to feed information to the Internet, rather than pulling data out.

And we're always interested in discussing other opportunities around the Internet of Things and education. 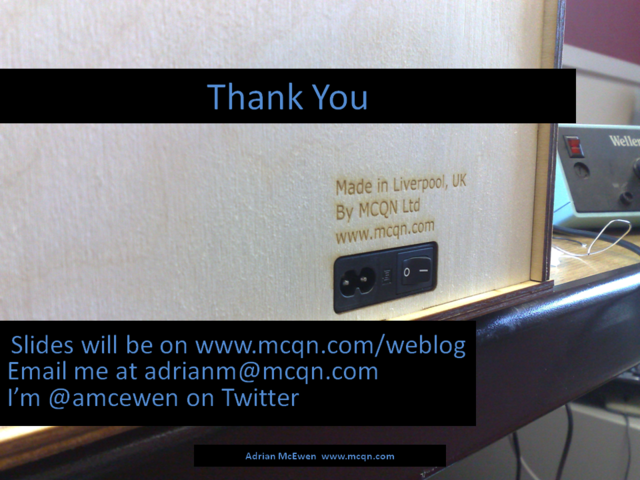