It's been a somewhat fragmented week. There were two-and-a-half days of client work which all went smoothly, and I've pushed things forwards on a bunch of MCQN Ltd projects in the rest of the week, but haven't made as much progress on any as I'd like.

That's mostly down to having a workplace split into two locations and so minor hurdles become blockers: I did some testing on the cufflink charger circuit until I needed a soldering iron; we worked out the update for the Museum in a Box PCB but that stalled as I didn't have the drawer full of identical potentiometers that's on my desk; some maintenance on a server needed a bigger USB stick, which again was sat in a drawer on my desk.

All minor annoyances, that would be resolved the next time I was in the office. My habit of documenting tasks and progress in relevant git[hub|lab] issues (somewhat of a blend of the lab notebook discussed here and Simon Willison's documentation-in-issues practice) makes it easier to manage such context-switching but still, frustrating.

Listening to Ships Talk to Each Other

Getting blocked on all the important projects gave me the opportunity to start something new.

Ever since I built the @Merseyshipping Twitter bot I've had a back-burner project in mind to get live data rather than rely on third-party sources. Recently I got round to buying an RTL-SDR software-defined radio dongle and a marine antenna which will let me pick up the AIS location-and-identification data that's broadcast from anything within range.

An afternoon of deciphering online guides, installing software on a Raspberry Pi, and chasing up and down a few dead ends later, and I've now got a system that can receive broadcasts from nearby ships on the Mersey. 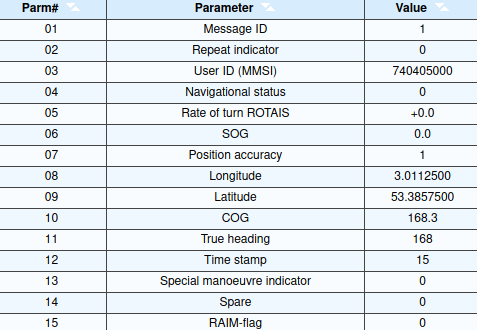 It seems the chattiest ship within range of my flat is the RRS Sir David Attenborough (the one that didn't get called Boaty McBoatface in the end), which was built at the nearby Cammell Laird shipyard and is nearing completion.

At the start of the week, I got to experience a flavour of life in the future. Or at least, life in a future that I want us to head towards.

With us laying Museum in a Box fallow for a while we've given up a dedicated office and so it made sense for the 3D printer to live with me. It's been on a slow journey North, hitching a ride with my colleague Charlie who brought it with him on a trip up to Wigan and dropped it with my parents who live nearby.

I hired an electric-assist cargo bike from Agile Liverpool, a local co-operative who have a fleet of them providing delivery services, and did the ~35 mile round trip to go and collect it. 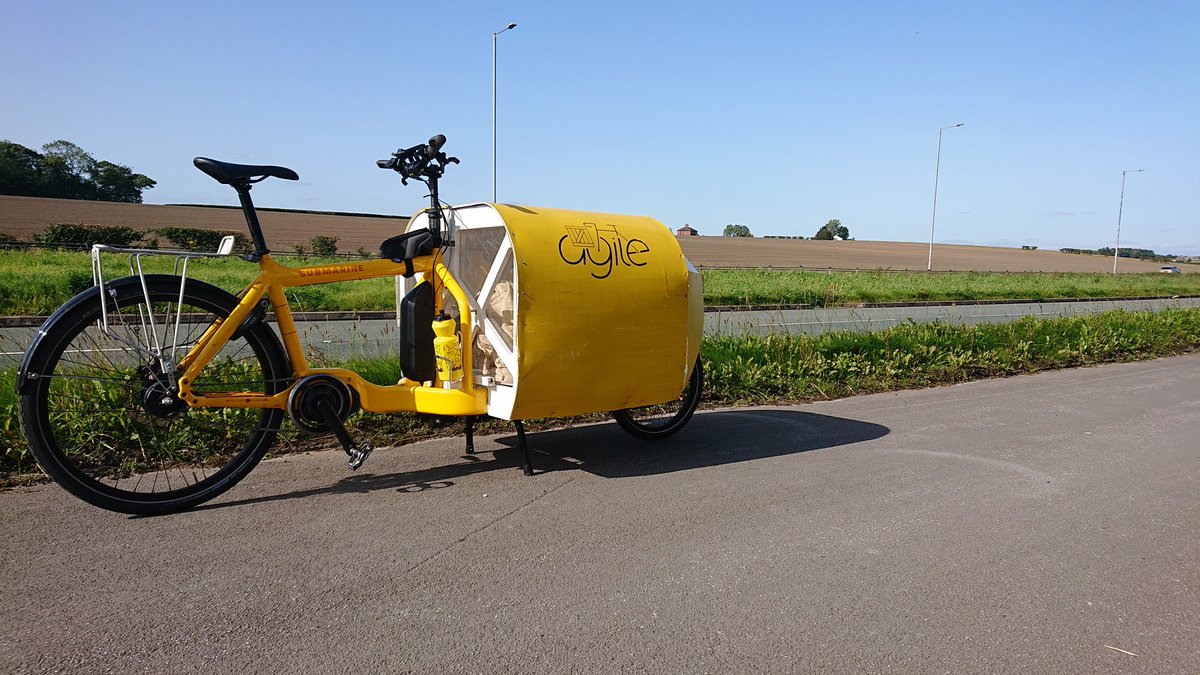 I'm used to having yellow transport that draws attention but that was nothing compared to the cargo bike! Turns out everybody loves a cargo bike. 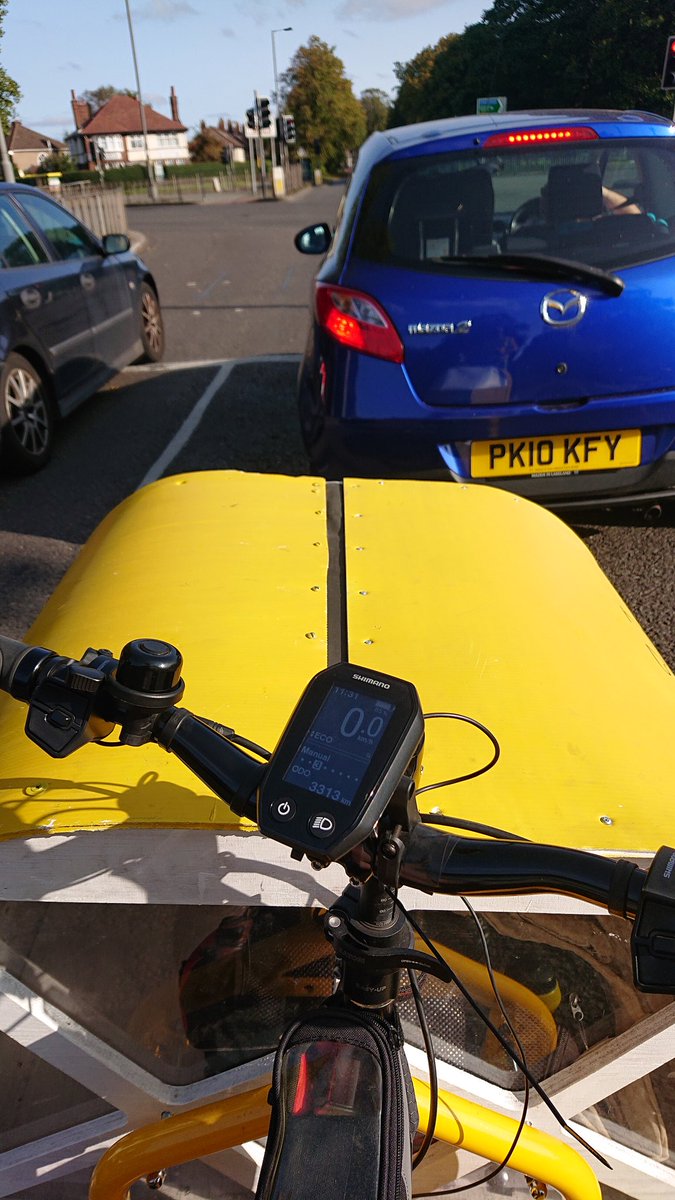 The first few hundred yards feel a bit strange, as you get used to the front wheel being over a metre further forward than usual (and there was a similar readjustment when I got back on my regular bike) but after that the only difference is how wide it is compared to a normal bike. 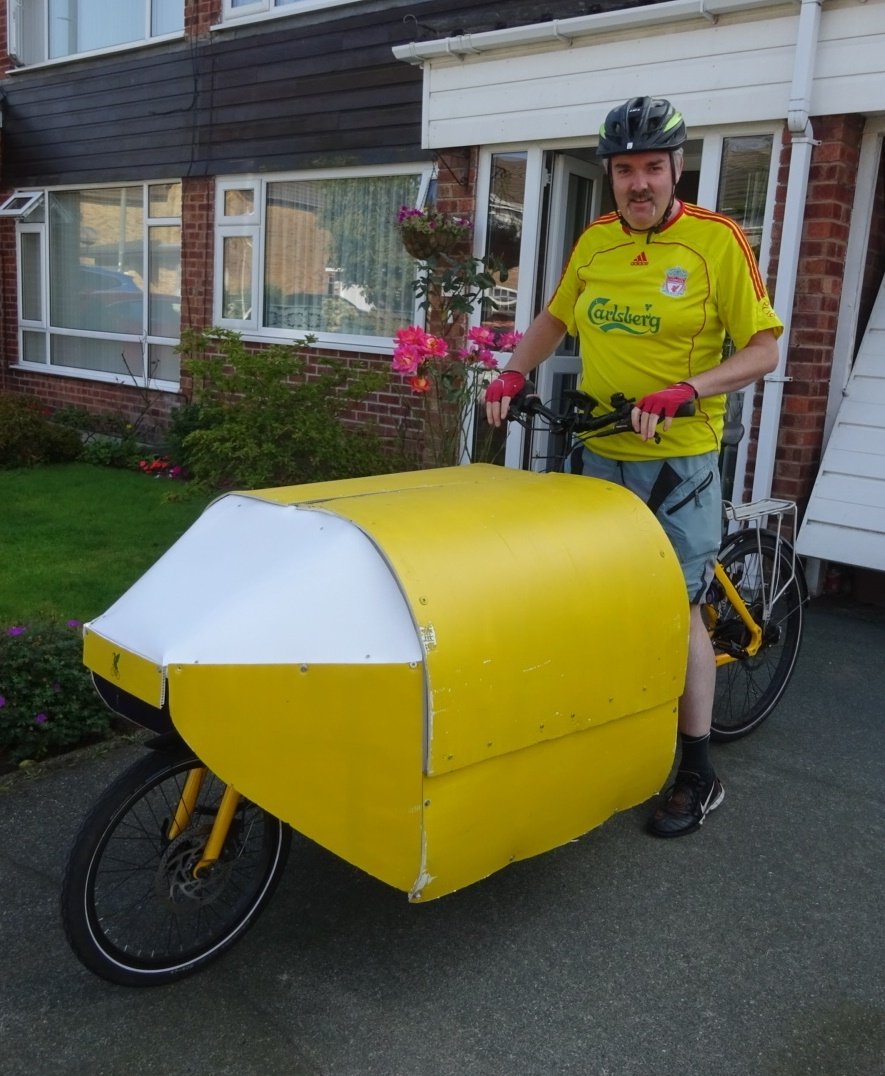 With the electric assistance, even on the lowest of its three settings, getting away from rest was faster than I am on my mountain bike, so it was ideal around town. The assistance (by law) only runs up to 25km/h (15mph) and after that it's all down to your legs; the only time I noticed that was on the longer sections out in the countryside, where I'd normally be running at around 30km/h, but that's not much of a downside. 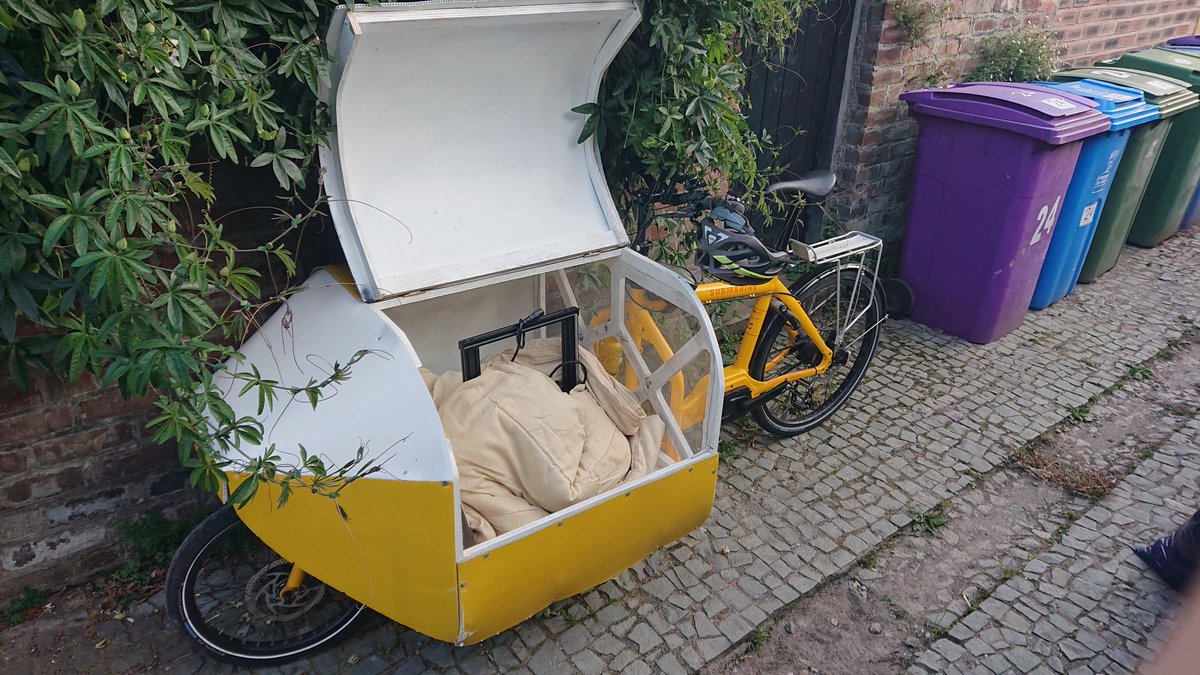 Agile have built a few different options for cargo boxes for the front - they just bolt in so they can pick and choose what is most suitable. This was running with their biggest box, as I wasn't quite sure of the size of the 3D printer. Turns out there was loads of space.

I can heartily recommend hiring (or buying) one. Riding it is immense fun.