Fortnightnotes this time, mostly because I skipped work for part of last week as a friend was in town!

The fortnight started wrapping up the active travel projects that I was working on the week before: a bit of support on importing jobs into CoopCycle as Agile Delivery did their first delivery run using it; and most of a day prepping a bid that would have let us expand our "15 minute city" tool. I say would have because we've since decided with the partners not to go ahead, whch is a shame, but that's how these things go sometimes.

My ongoing Museum in a Box work hit a pretty nice milestone: code complete on the next point-release. More on that when it's officially released.

I've also been doing some work for Factoree. They're a sort of virtual-electronics/IoT-design-house, and I'm one of their associates they assemble into teams to match the skillsets required by their clients. I've been lightly involved in this particular team off-and-on for a few months, and of late have been digging into the new ESP32-C3 microcontroller board and spinning up a "TIG stack"—the triumvarate of Telegraf, InfluxDB and Grafana—to let us collect and analyse some of the sensor data.

The teleprinter restoration rumbles on. There's another video diary entry for it here: 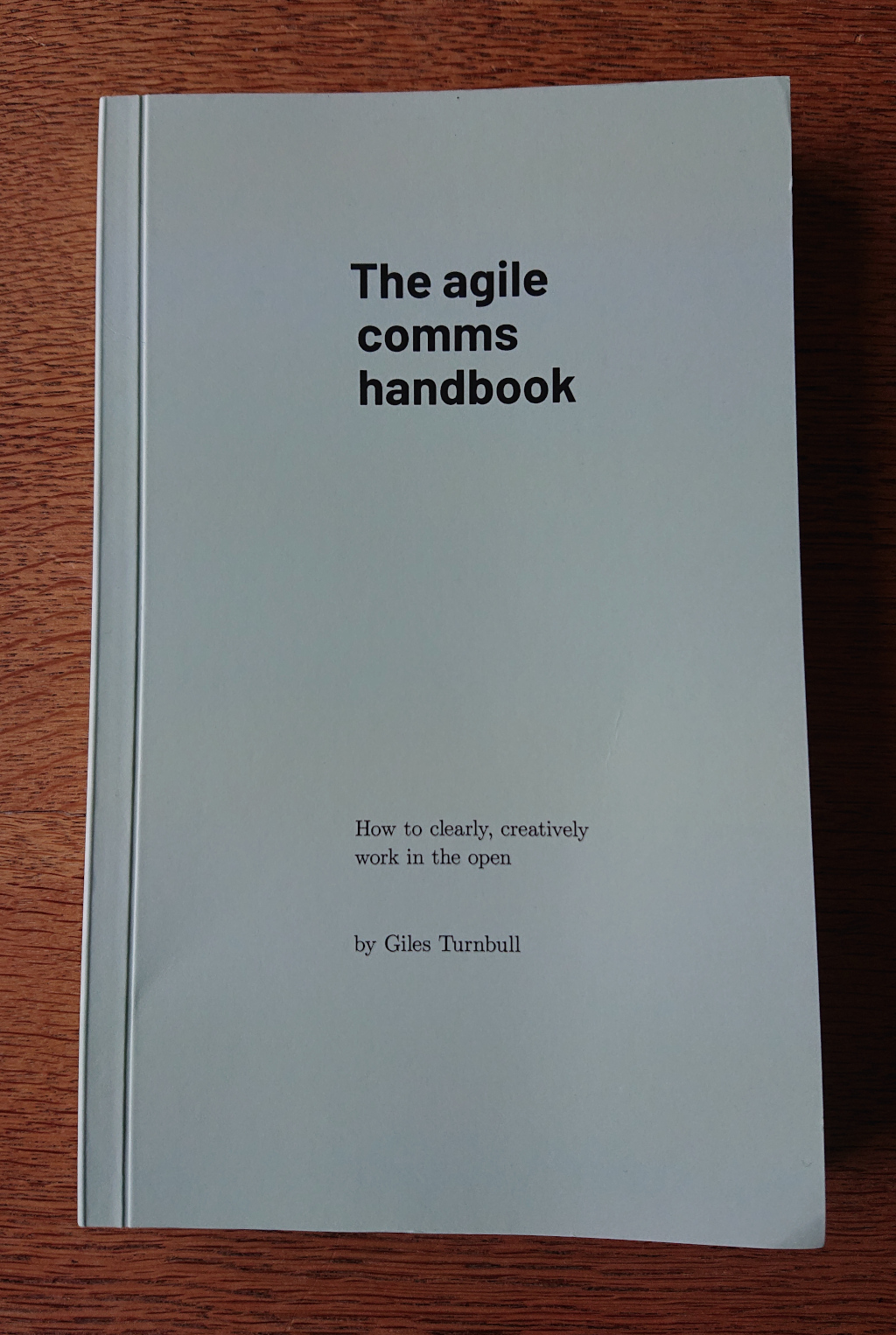 My bedtime reading over the fortnight has been Giles Turnbull's the agile comms handbook. It's an enjoyable read and despite (off and on) publishing #weeknotes here for over eleven years, there was much in there for me to learn. It will be required reading for our new hires once I get to that point. You can get a flavour of it in my blog-all-dog-eared-pages post for it on my personal blog.