The eagle-eyed among you will have noticed that there wasn't a teleprinter video diary in last week's #weeknotes. It totally slipped my mind when relating to Arthur what I'd been up to.

So, here it is. In it, the teleprinter ends up in its most dismantled state...

Moving on to this week, I got to try out some local produce. For the project with FACT we need to talk to some RS-485 LED matrices, and so have bought an Ethernet-to-RS-485 bridge module from Brainboxes, who've been manufacturing industrial IoT devices since the 1980s! 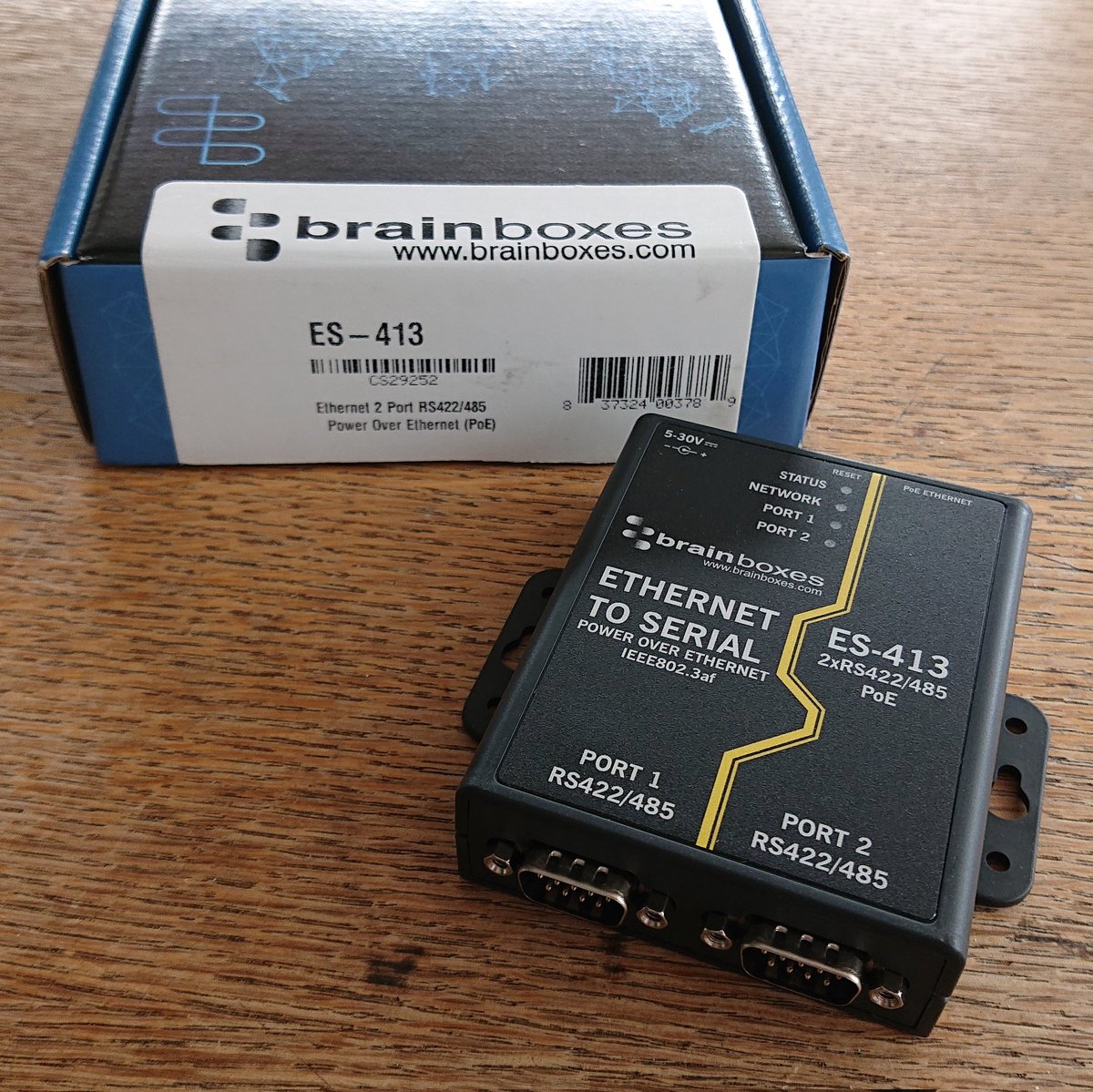 On My Baby's Got LED I made some progress on the programming rig. Found that the unreliable programming was down to the high-side switch I'd used (because I already had one to hand). A bit of searching pulled up an alternative, so that and a couple of other components to let me programmatically "push" the reset button are now on order.

In my two-days-a-week gig with Aeternum Innovations we're just starting manufacture of another batch of air quality sensors.

We're redesigning the enclosure so that it doesn't require the (pretty but expensive) various parts to be 3D printed. Our volumes aren't quite up to injection-moulding yet, so we're looking at a combination of attractive off-the-shelf IP-rated boxes (harder to find than it should be!) and some laser-cutting and CNC machining.

When wondering if something recycled could be an option, the DoES Liverpool community came into its own. We had a quick chat with Arthur, with his Plastic Tactics hat on, and Jackie, to draw on their knowledge of plastics and experiences in recycling it during the Plastic Playgroup workshops.

That led to us turning twenty-five milk bottles into a block of HDPE, which we then machined into a solar panel frame, to test the process.

While great for an initial test, the heatpress method won't scale for the volume we need. Arthur had some suggestions for making bigger batches, but this time we're probably going to buy in either recycled LDPE or partially-recycled HDPE sheets for the machining. As it happens, the LDPE sheets are made here in Liverpool!

Arthur finished off making the My First PCB design course live, and set up the pay-what-you-feel payment option for it.

One of the attendees of the workshop-day version of the course got her first PCBs back from the fab house. Artists Laura Pullig and Simon Armstrong are building a windmill-powered LED sculpture, which will be installed in the centre of Liverpool in a few weeks.

We've been providing a bit of support to Laura on the electronics, and soldered up one of the new PCBs to check it was all okay...

Finally, Arthur has also picked up one of our old products-in-development to move it nearer to release. He's been investigating a better mounting option for the solenoid in the Ackers Bell. More on that next week, I expect.