There's been plenty going on since the last weeknotes, but given that was a month back I suppose it's not all that surprising... 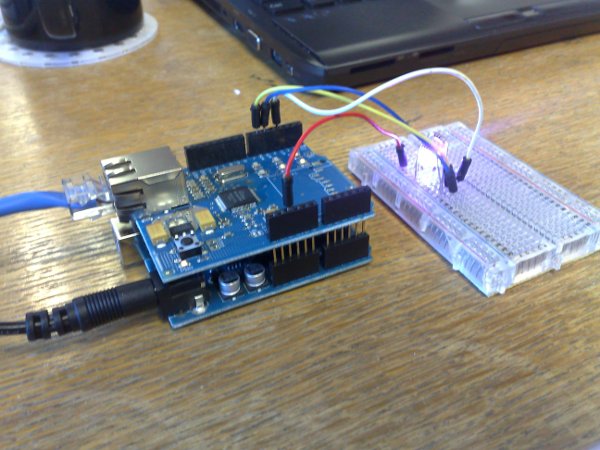 First off there was the Kickstarting the Internet of Things event held down in London by the TSB - I've already posted my thoughts and slides.

The weekend immediately after that was spent back in Liverpool at FABcamp. Two days of exploring digital fabrication, playing with laser-cutters and 3D printing. It's a side of prototyping that we haven't had a huge amount of experience with so far, so it was useful to learn some of the skills needed to combine with our software and electronics knowledge to build full products. There's a write-up of the event over on my personal blog at McFilter: FABcamp.

Since then, work has been a mixture of proposals and developing course notes and examples. There was a TSB bid to develop a really interesting RFID project (fingers crossed there) and a number of client proposals. I'd forgotten how much of a lead time there is between initial expression of interest and getting started on something, which is a lesson I need to learn for the future (as it will seriously help smooth the cashflow for the business).

Speaking of which, we're always interested in chatting about future projects around sensors, the Internet of Things, RFID and related hybrid software/hardware products. There was a little of that last Friday, when Frankie Roberto from Rattle borrowed a desk in the office for the day and we brainstormed some ideas for future development of their Job Box.

Finally, as you can see from the photo at the top of this post, things are coming along nicely for the Arduino Ethernet and Internet of Things course I'm running on Friday.