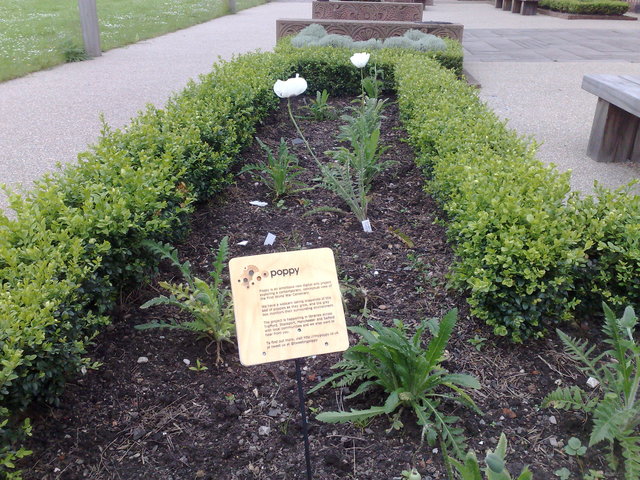 As part of marking the century since the start of the First World War, Let's Go Global were commissioned to run an art project taking a contemporary, conceptual view of the centenary.

It's a wide ranging project, spread across communities (centred on libraries) across Greater Manchester and anchored with an installation at Ordsall Hall in Salford.

Over the course of the project they're planting a hundred poppy plants, and wanted to connect what was happening with the poppies to the wider participants across the county. As a result they brought us on board to explore what could be done and then make it happen.

The first step was to discuss what Let's Go Global were trying to achieve, look at what was possible, and sketch out some ideas. Then we met up with the staff at the hall to get their input and also scope out the site itself and work out the practicalities of the installation.

We decided to share the poppies progress online via two methods.

Ordsall Hall is a Grade I listed Tudor manor house which is open to the public and regularly hosts groups of schoolchildren learning about life in Tudor times. This made the installation a touch trickier than usual.

Although the poppy beds are close to the hall itself, there isn't any power available to the outside. That meant that the environmental sensors - ambient noise and light plus soil moistness - would need to be battery powered.

In turn that led us to the low-power wireless RFM12B modules for the networking; no bad thing given the poor propagation of the WiFi signal through the thick, solid Tudor walls. Although it only has to travel a couple of metres to the Raspberry Pi computer sat in the window, the RFM12B solution only just manages to get through - the leaded frames of the window perform a pretty decent impression of a Faraday cage.

The other challenge of a Grade I listed building is that they'd rather you didn't make any changes to it. It took some careful planning (and the fortuitous discovery of some reinforcing bars running across the windows), but we've managed an installation that didn't even require us to drill any holes in the plaster.

Our final challenge came from the users of the hall, rather than the physical conditions. Given how many school groups visit the hall during the week, the staff were a little concerned that there would be a webcam broadcasting pictures up to the Internet.

The field of vision of the camera is mostly restricted to the bed of poppies themselves, and it only takes a still photograph every five minutes.

However, mindful of that fact that visitors wouldn't know that and could have (perfectly valid) concerns, we took a couple of steps to try to mitigate things.

Firstly, we made sure that there were visible explanations of the project and what it was doing in the garden. Both the laser-etched sign you can see in the photo at the top and the case containing the webcam itself include a description of what is being recorded.

Secondly, we added a "Privacy Mode" button for staff to use. Pushing the button disables the camera for an hour. That makes it simple for them to turn off the filming while a group is visiting without having to remember to go back and turn it on again afterwards.

Their location outside dictated that the sensors in the bed of poppies themselves needed to be inside an IP-rated enclosure, but we wanted to provide something more aesthetically-pleasing to house the Raspberry Pi and camera. 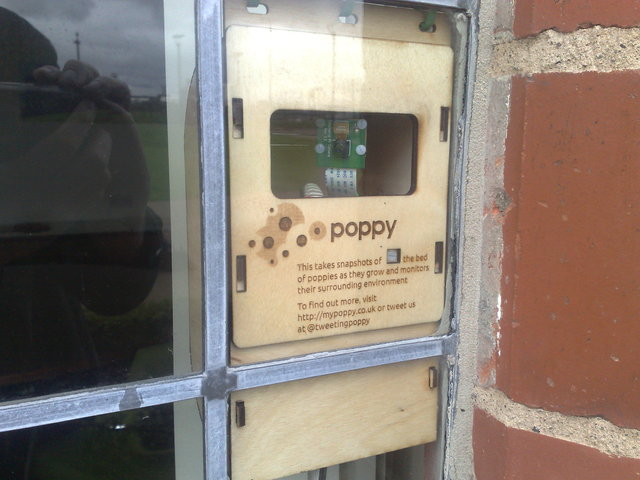 As these photos show, our bespoke case laser-cut in birch plywood and finished with Danish oil is much nicer than an off-the-shelf plastic box. It also meant that we could etch the project logo and explanation onto the surface at the same time that the wood was cut. 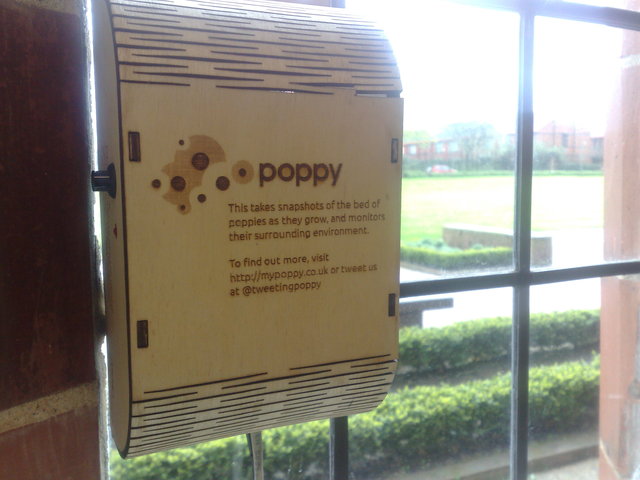 The end result is much more sensitive to its surroundings, as you can see here - the grey box is the weatherproof enclosure for the sensors, and the webcam can be seen peeking out of the window in the background. 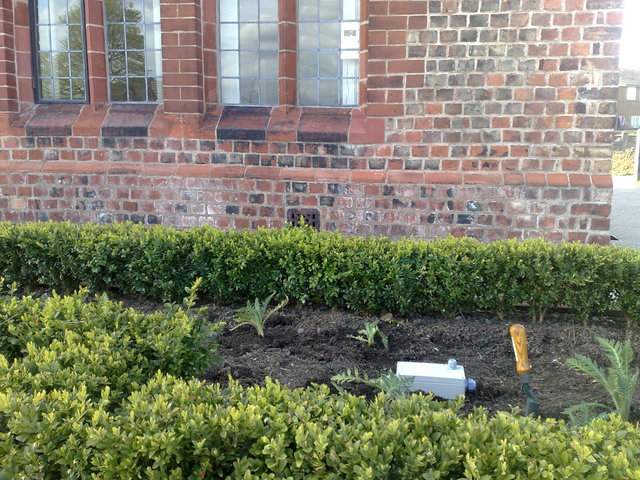 The project is up and running and will be in place until the autumn. If you're in the area then call in for a look - it's only a couple of stops from Media City on the tram.

The sensors are happily interspersing the project's Twitter feed with periodic tweets such as this:

The soil today is heavy with moisture. Dampness all around. Thirsty ants and other soil creatures have their great coats on.

And the webcam snapshots let the website visitors have a glimpse of conditions on the ground, as well as letting us pull together some nice time-lapse videos of the poppies as they grow...

As ever, if you've got a similar project, and you'd like our help, then get in touch.